For the next six weeks we’ll continue to explore the Bible and use the book Q&A: A Summary of Biblical Teachings as we ask the question “What Is Being a Christian All About?” As we answer that question, we’ll look at the meaning of the sacraments of baptism and the Lord’s Supper.

Pass It On
Here are some ideas for how you might engage your son or daughter in a faith discussion during the next six weeks: 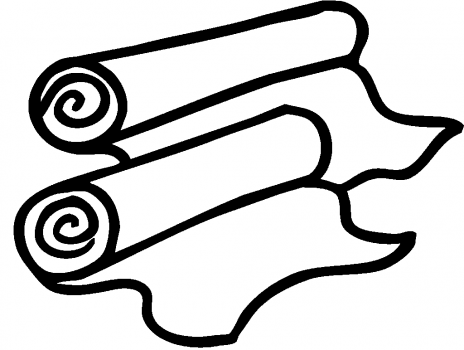 One of the Bible stories Reformed folks point to is the story of Lydia we are reading today. Paul heard a call in a dream to cross over for the first time into Macedonia, a new continent.

His first stop was the leading Roman city of Philippi, and as usual he made his way to the synagogue---there seemed to be one in every major city of the Roman world. There he met a woman from Thyatira named Lydia. A dealer in purple cloth, she was presumably a fairly wealthy, independent businesswoman; her presence in the synagogue indicates that she was deeply interested in the God of the Jews.

Luke, the author of Acts, describes what happens to her as she hears the gospel from Paul in a way that is similar throughout Acts. "The Lord opened her heart to respond to Paul's message" (16:14). God is always the author of faith, and the Holy Spirit is the agent of that power. It does not begin with human beings but with God.

While Luke says that "those who accepted [Peter's] message were baptized," he concludes a few verses later, "the Lord added to their number daily those who were being saved." Clearly faith and salvation are a "God thing" from beginning to end.

Where does faith come from? It comes from the Holy Spirit. We do not force it, invent it, claim it, or give birth to it. Faith is God's gracious gift. But that gift of faith doesn't come to us in a vacuum. It comes, according to the Q&A, through the gospel and sacraments. Faith is planted by the Holy Spirit when we hear the gospel, and it is confirmed when we receive the sacraments.

This truth humbles us. We can never boast in our faith because it's a gift. But this truth also makes us bold. It means that faith does not depend on how well we present the gospel or how persuasive we are. God is ahead of us, preparing people's hearts to receive the gospel.

That's what happened to Paul. First God called him to come to Macedonia, and then when he obediently went there, God prepared the hearts of Lydia and many others to believe. We are saved by God's grace alone. And we too can be used by God to bring the gospel to a person in whom the Holy Spirit is already at work.