Forgive Us Our Debts

Forgive Us Our Debts 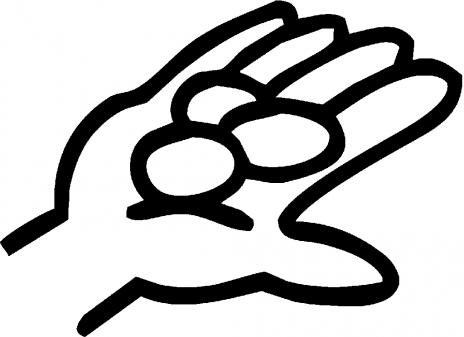 Scripture
Matthew 18:21-35; Ephesians 4:32; Q&A 81
Focus
In prayer, we ask God to forgive us our sins, just as we forgive the sins of others.
Faith Nurture Goals
Memory Challenge
Matthew 6:9-13
Leader Reflection: Preparing to Tell God's Story

What is forgiveness all about? It sometimes seems that forgiveness is about getting off the hook, or about God looking the other way. No, it's about reconciliation. God forgives so that he can have a relationship with us. And the only way God can have a relationship with sinful humanity is to forgive us and to absorb our guilt in his own self, which is exactly what he did in Jesus Christ. God's forgiveness is not some cheap perfume to cover the stink of sin; it is very costly. God doesn't want to be God without us, and forgiveness---costly forgiveness---is the only way we can be reconciled.

We ask for forgiveness not in the hope that maybe we might get it, but because it is there. In Psalm 130, the psalmist prays, "If you, O Lord, kept a record of sins, Lord, who could stand? But with you there is forgiveness, so that we can, with reverence, serve you" (Psalm 130:3-4). We dare to pray "forgive us our debts" because God has already declared them forgiven in Jesus Christ. The ultimate price is paid. The absolution is complete.

With every new petition of the Lord's Prayer, the more we pray it sincerely and truthfully, the more likely it is to stick in our throats. Well, there are a lot of sticky throats on this one for sure. All the petitions of this prayer call us to action. But here, unlike any other petition, the Lord spells out the obligation right in the prayer itself. To ask for forgiveness means we also are willing to forgive.

"As we also have forgiven our debtors." What does that really mean? Is it some sort of condition? Does it mean that if we do not forgive people's sins, then we aren't forgiven either? People have balked at the idea that God's forgiveness is conditional on ours. Maybe it's best to say that our forgiveness of others is not so much a condition of God's forgiveness as a consequence of it.

Jesus told a parable about a servant who was forgiven a huge debt but then went on to shake down a fellow servant for a piddling amount. The master who forgave the debt was terribly angry, and threw the first servant in jail until he paid the whole debt---every penny. We are not talking about conditions, but consequences. When we fail to forgive others, it simply shows that we do not understand or really accept the gravity and grace of our own forgiveness. Praying the Lord's Prayer reminds us that not only is forgiveness freely given to us; we are called to let it flow through us. We become part of the gravitational field of grace, transforming the enmity of this world into community.

Of course, it's one thing to say you forgive; it's another thing to do it. Don't expect it to happen overnight; it sometimes takes time. Feelings of bitterness and resentment may sweep over us unexpectedly. But, trusting in God's grace, we can forgive.

The goal of forgiveness is reconciliation. The vision is a reconciled creation, where sins are forgiven, hurts healed, and wrongs righted. But we cannot be reconciled to God as long as we refuse to reconcile with brothers and sisters who have wronged us. Bitterness and hatred toward your neighbor cannot coexist in the human heart with love for God, who is ready to forgive us all in Christ. 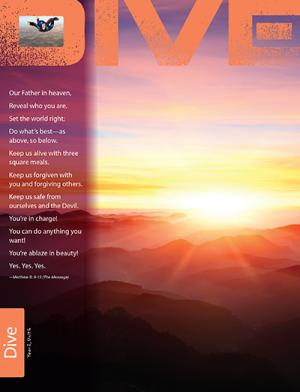