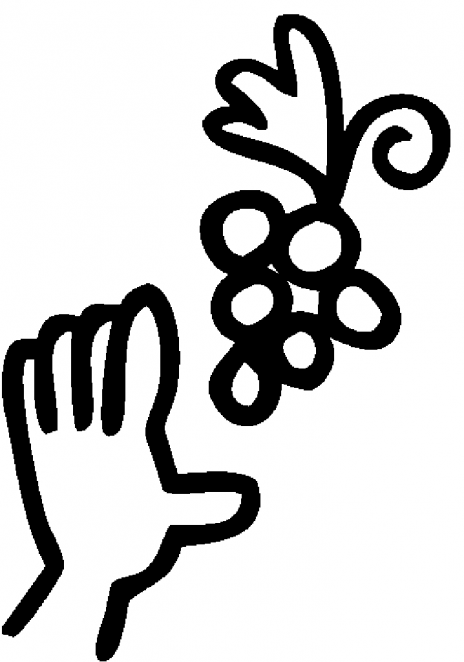 Scripture
1 Kings 21
Focus
God requires that every person be treated fairly and receive his or her share in God's world.
Faith Nurture Goals
Memory Challenge
Matthew 5:3-12

It begins very low-key, as Ahab begins to covet Naboth's lovely vineyard, just a stone's throw from the palace in Jezreel. Ahab makes what seems a reasonable offer to Naboth for the vineyard, but Naboth, surprisingly, flat-out refuses him. This seems strange to us today, but in that day the idea of maintaining the family land was deeply ingrained. Naboth also claims God's law on his side. In fact, in Numbers 36:7 and elsewhere, God's people were to regard the land as assigned by God and not to be sold except under dire circumstances.

Ahab is deeply disappointed, and Jezebel, his wife, finds him sulking and depressed on his bed. When she asks him what's wrong, Ahab tells her all about the vineyard and Naboth's response to his offer. Interestingly, Ahab doesn't tell Jezebel Naboth's reason for not selling---not that it would have made any difference to her.

Jezebel upbraids her husband: "Is this any way for a king to act? Let me go after this, and I'll show you how to get things done." Jezebel has enough sense at least not to grab the vineyard outright. Instead she sets up an elaborate scheme to entrap Naboth. She arranges for two lackeys to falsely and publicly accuse Naboth of cursing God and the king. And Naboth is taken out and stoned. As soon as Naboth is dead, Jezebel tells her husband to take the vineyard.

Raw royal power easily quashes any opposition. Except that in Israel, there is another power at work to hold the king in check. Ultimately it's the power of God's word. We see it when the prophet Nathan challenges David on his murder of Uriah the Hittite and his marriage to Uriah's wife, Bathsheba. And here, in the face of this unjust power grab, the word of the Lord comes to Elijah, telling him to confront the king.

It's not difficult to transpose this outrageous story of injustice into our own time in history. In fact, we even have a term for it now: "land grabbing." We regularly come across news stories in which the poor and helpless are exploited by the rich and powerful. So many regimes around the world are governed by rich elite who set up a system by which all the money flows to them, while a large majority of their people live in grinding poverty. Recently, in the United States, banks and mortgage companies deliberately placed people in mortgages they knew they could not pay in order to sell those mortgages to larger companies for their own profit.

It's important to realize that these are not mere political issues or just more "business as usual." We need to understand that God sees and judges these things, and that they fall under the indictment of his Word.

When Elijah shows up at the palace, Ahab responds to him with fear and grudging respect: "So you have found me, my enemy!" Elijah proceeds to tell Ahab that disaster will come on him and on his house and on Jezebel, his wife. "Dogs will devour Jezebel by the wall of Jezreel." The author then adds a comment that "there was never anyone like Ahab, who sold himself to do evil in the eyes of the lord, urged on by Jezebel his wife."

Yet the story ends on a surprising note of repentance and mercy for Ahab. On hearing the word of the Lord through Elijah, Ahab publicly humbles himself in sackcloth and ashes. And the Lord comments to Elijah, "Have you noticed how Ahab has humbled himself before me?" God extends his mercy to the repentant, no matter how evil they have been---though God also says he's still going to punish Ahab's kids. We see here that there are always consequences to injustice---and that even if we repent of our wrongdoing, sometimes those consequences last for generations.

Hopefully in session 1 your group selected a project and a partner agency to work with over the coming weeks. For today’s session, we recommend you invite someone from that agency to come and speak with your middle schoolers during step 4. Make sure to make arrangements ahead of time for this visit.