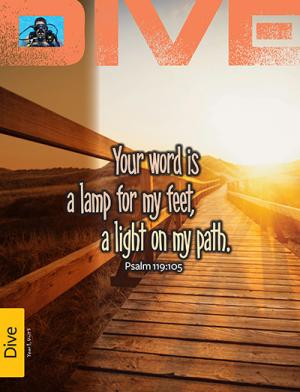 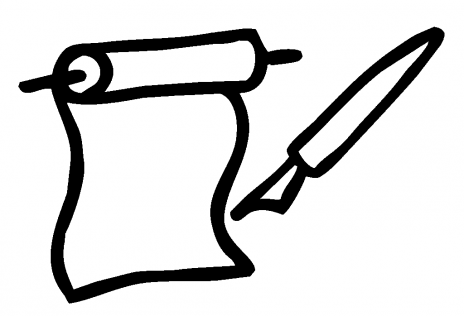 Scripture
2 Peter 1:19-21; 2 Timothy 3:16-17
Focus
Through the Bible the Holy Spirit reveals who God is and God's plan for redeeming his creation. God also offers us salvation and shows us a new way to live in Christ.
Faith Nurture Goals
Memory Challenge
2 Timothy 3:16-17
Leader Reflection: Preparing to Tell God's Story

In so many ways, our faith comes down to the truthfulness of the Bible. Is the Bible the true and reliable revelation of God? Part of the answer to that question comes from our own hearts, what the Reformers called the "testimony of the Holy Spirit." Part of it comes from testing the Bible's reliability over thousands of years of study and faith. And part comes from the Bible itself. It testifies to its own reliability.

In this chapter of his second epistle, Peter addresses the question of reliability. In verse 16 he tells the church, "For we did not follow cleverly devised stories when we told you about the coming of our Lord Jesus Christ . . . ." He goes on to describe how he and others were eyewitnesses to Jesus' transfiguration, and, in fact, to his whole life on earth.

Then Peter turns to the testimony of Scripture: "We also have the prophetic message as something completely reliable . . ." (v. 19). Remember that he is talking about what we now call the Old Testament, since that was all they had in Peter's day. Yet they saw in it the revelation of God's covenant of grace culminating in the Messiah, whom they recognized as the Lord Jesus Christ.

Peter then enters the mystery of what we call the "inspiration" of the Bible. These reliable prophets did not speak by their own interpretation (v. 20) or, as John Calvin put it, "They did not blab their inventions of their own accord, or according to their own judgments." They "spoke from God as they were carried along by the Holy Spirit" (v. 21).

It's important to recognize what Peter doesn't say, as well as what he does say. He doesn't say that the human mind and imagination, or the cultural or historical setting of the writer, had nothing to do with the biblical writing. He doesn't say that the Holy Spirit "dictated" words into their ears. The words of the Bible are God's words, true enough, but they are spoken into the context of a human time and place.

Peter does say that the writings, "though human," did not originate in "the human will." That is, the Bible writers did not decide who God is or what God wanted to say. That came from the Holy Spirit. Peter uses an interesting verb to explain how it happened---the prophets were "carried along" by the Holy Spirit (v. 21). The word was commonly used for sailing. The prophets, being obedient and receptive, raised their sails to God, and were "carried along" by the wind of the Spirit. Peter is trying to describe the indescribable, that is, how the Holy Spirit worked in the human mind and heart to produce the very Word of God.

What is clear is that God uses human writers to speak to us through the Bible. The Bible, like Jesus himself, is both human and divine. And because it is both, we can trust that it speaks to us as human beings, and we can rely on it as God's authentic Word to us.