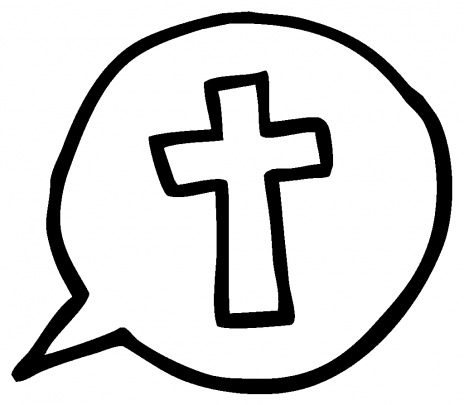 Antioch was the flash point for the early church. It was at Antioch that believers were first called Christians (Christ-ians, or "Christ people"), but more important, it was at Antioch that the church first moved from being a Jewish movement in Jerusalem to a worldwide church.

Luke, the writer of Acts, tells us that something was happening in Antioch that attracted the attention and concern of the leaders of the church in Jerusalem. Some of the brethren from Jerusalem traveled to this cosmopolitan urban center of the eastern Mediterranean and "began to speak to Greeks also, telling them the good news about the Lord Jesus" (v.20). Lo and behold, "a great number of people believed and turned to the Lord" (v. 21). Luke points out that "the Lord's hand was with them." This was, in other words, a "God thing."

These Greeks were Gentiles---outsiders, non-Jews---and for the Jerusalem folks, this meant trouble. Even after Peter's vision and the baptism of the Gentile Cornelius (Acts 10), they must have thought Gentile conversions were aberrations. But now, Gentiles were pouring into the church, and the leaders from Jerusalem thought they should see what was going on. They sent Barnabas up to Antioch (a good choice, since his very name meant "encourager"). When he saw what was going on, he immediately recognized it as a "God thing." He went to get Paul in Tarsus (whom he had earlier introduced to the Jerusalem leaders), and together they taught the Gentiles the word of God.

To grasp what a breakthrough this was, just study the names of the people who prayed over Paul and Barnabas before sending them out. Simeon was called "Niger" (meaning "black"), suggesting he was of a very dark complexion. Manaen was a foster brother and friend of Herod Antipas, the king of the area. Lucius (a Latin name) was from Cyrene, in what is now Libya. This was an international group of people---educated, sophisticated, and well-travelled. God had brought together a group of people in Antioch who were prepared in every way to ignite the worldwide advance of the church and the expansion of the kingdom.

And that's exactly what happened. The Holy Spirit gripped their hearts and told them to "set apart for me Barnabas and Saul for the work to which I have called them" (Acts 13:2). Remember that when Saul was converted at Damascus, God had prophesied through Ananias: "This man is my chosen instrument to proclaim my name to the Gentiles. . ." (Acts 9:15). Now that prophecy was coming into force, and a whole new era of the church was beginning in Antioch---a church with a mission to proclaim the gospel and make disciples "of all nations" (Matt. 28:19) as Jesus had commanded.

It is staggering to realize that within three centuries after the Antioch explosion, the Christian church had become the majority religion in the massive and powerful Roman Empire. Despite persecution, misunderstanding, and against huge odds, Christians continued to share their faith in Christ with others by word and deed, by telling the good news and performing acts of love.

Today, the church is a missional community as it tells the story of God's love in Jesus Christ to all nations. The North American church is blessed with an "Antioch opportunity." The world is coming to our doorstep as immigrants from "every tribe and nation" pour into our countries and become our neighbors. Will we seize the moment?

Welcome everyone as they gather for today’s session.

Share that in today’s Scripture reading we find the first reference to followers of Jesus being called Christians. The word itself means to be a follower of Christ, which indicates that people were loyal to Christ. The title may have been started as a derogatory name, but eventually the believers called themselves by that name with honor. Today the name has lost some of its nobility, but it is still a name that true Christ-followers should be proud of.