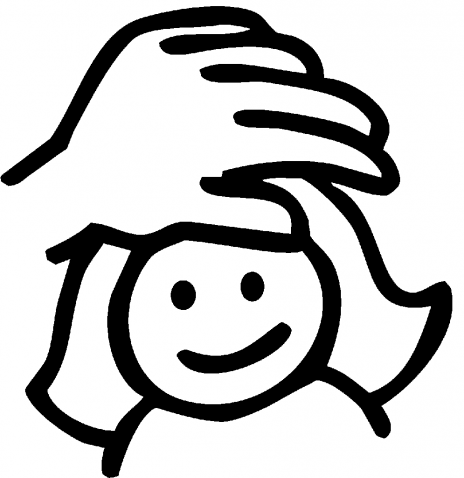 Scripture
Mark 10:13-16
Focus
Jesus cares about children; they're an important part of the church and God's kingdom.
Faith Nurture Goals

While this story seems so warm and inviting, it's important to hear the radical teaching about the kingdom of God beneath the surface.

For example, why would the disciples want to turn away people bringing their little children to Jesus? Are they being mean? Didn't they like children? The fact is that the disciples were merely acting out of an attitude toward children that was commonplace in their time and place.

These days, children are often the center of attention, and we think their chatter is cute. Whole chains of stores are now devoted to items for babies and small children. We dress them in the latest fashions and shell out hundreds of dollars for a new stroller.

In Jesus' day it was quite different. One rabbi, a contemporary of Jesus, said, "Morning sleep, midday wine, chattering with children, and lingering in the places of the common people destroy a man." Children were nonentities until they grew up and proved themselves. So it's understandable that the disciples might want to help Jesus out by shooing the kids away so he could get on with the important business of the kingdom.

Jesus was indignant. "Let the little children come to me, and do not hinder them, for the kingdom of God belongs to such as these," he said. In fact, "whoever does not receive the kingdom of God like a child will never enter it."

What is he talking about? Our natural assumption is that Jesus is speaking of some childlike qualities to which we, as adults, can aspire---their innocence, their fresh-faced playfulness, their honesty, vulnerability, and ready displays of affection. Yes, we ought to be more like that, we wistfully think to ourselves; we ought to be more childlike. Who can resist a toddler's play or a baby's smile? However, we also know that kids aren't perfect. They can be manipulative, demanding, obstinate, and self-centered. You have to keep an eye on them all the time---not just because of the danger they pose to themselves but to other children and pets.

In this story, Jesus does not hold children before us as examples of the beginning of the Christian life. They are examples of its goal. It's not when and how a child will grow up to be like us, but when and how we will become like them.

We are to become like children because of their helplessness. The one universal quality of all children is that they come into the world utterly unable to make their own way in life. They have to be held and fed and cleaned and watched over constantly. That's exactly the childlike quality Jesus points to when he calls us to become like little children. It's the humility of knowing we can't do it for ourselves or make ourselves worthy of the kingdom. Becoming like a child means we trust completely in our heavenly Father to provide what we need in this life and the next. Notice how Jesus puts it: it's not about *achieving* the kingdom of God but *receiving* the kingdom of God. Becoming like a child is to be ready to receive God's love and salvation as a gift of grace.

And then Jesus did what we all love to do with little ones---he held them and hugged them. And that too is a picture of the kingdom.