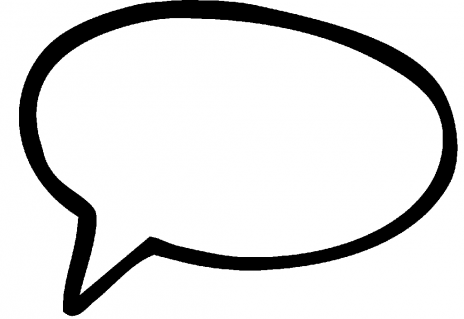 Samuel, like Esther many years later, was just the person for "such a time as this." The situation was grim. First Samuel 2 reports the deplorable spiritual and moral conditions that infected the family of Eli, the priest at Shiloh. His sons, Hophni and Phinehas, were so corrupt that they stole from the sacrifices and, as if that weren't enough, they slept with the women who served at the shrine. And all the while Eli, while going physically blind, also turned a blind eye toward his sons' behavior. Chapter 3 begins with the dire report that "in those days the word of the Lord was rare."

Was God absolutely silent? Had he turned his back on Israel? No, the problem was that the people didn't offer a listening heart. Except, that is, for one young boy.

The house was quiet, and Samuel had gone to bed "where the ark of God was"---the most sacred place. His job was, evidently, to guard the "lamp of God" (probably the candlestick that was part of the tabernacle) and keep it from going out. "Then the Lord called Samuel." Was it a voice, a movement, a sound? We don't know. But it was enough that Samuel dutifully got up to see whether old Eli had summoned him. "Here I am. You called me." No, Eli hadn't called.

The writer explains the problem. It wasn't that Samuel was obtuse or reticent. Rather, "Samuel did not yet know the Lord. The word of the Lord had not yet been revealed to him." It takes time and experience to recognize the voice of God.

Three times this happened, until finally Eli, the old priest who had let Israel sink so far spiritually, got the message. This time he instructed Samuel to respond with "Speak, Lord, for your servant is listening."

At this point things get very close and personal. The Lord didn't just call Samuel; rather, "The Lord came and stood there," an even more baffling and mysterious appearance. This time Samuel spoke just as Eli had instructed him: "Speak, Lord, for your servant is listening."

This is often as far as the story goes, especially for young children; the message Samuel heard from the Lord that night hardly seems suitable for young ears. It was one of unmitigated judgment against Eli and his family. But the Lord revealed it to young Samuel, who throughout his long life would continue to be the bearer of difficult messages to Israel, as well as words of blessing.

Of course, when morning came Samuel was afraid to meet Eli. He didn't want to convey this terrible message to a man he had grown to care about. But Eli knew the word of the Lord had come to Samuel. It's touching and ironic that this man whose own sons were renegades now called young Samuel "my son."

"What was it [God] said to you?" Eli proceeded to threaten Samuel with God's judgment if he withheld anything. Samuel did indeed tell him everything. It's as though Eli knew in advance what was coming. His words in response are both chilling and powerful: "He is the Lord ; let him do what is good in his eyes."

In Samuel, God called a "listener" to whom he could entrust his word---"and he let none of Samuel's words fall to the ground." And every word the Lord gave Samuel concerning Eli came true.