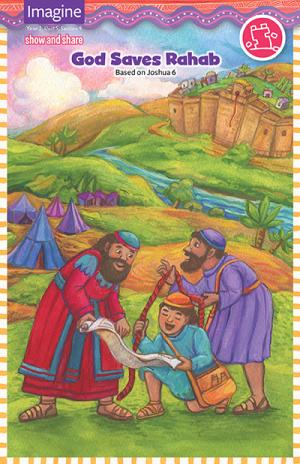 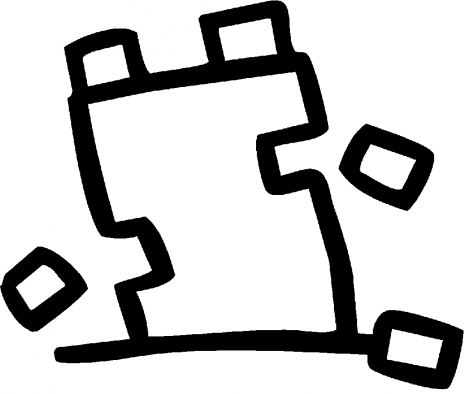 The story of the fall of Jericho and the saving of Rahab and her family begins with these ominous words: "Now the gates of Jericho were securely barred because of the Israelites. No one went out and no one came in" (Josh. 6:1).

According to archaeologists, Jericho had an outer stone wall two yards (1.8 m) thick and an inner stone wall three yards (2.7 m) thick. Between those two were tons of dirt and rubble. Such a wall was too high to climb and too thick to dig through for attackers such as the Israelites. Besides, the defenders could stand on the wall and throw javelins or shoot arrows at anyone who came close enough. Such a wall made those living in the city practically invulnerable.

All of this makes the second verse even more striking. God says to Joshua, "See, I have delivered Jericho into your hands." Then God informs Joshua of the method by which Jericho will be defeated, which makes it even more bizarre. The Israelites are to march around the city for six days. On the seventh day they are to march around seven times, and then, as they shout and blow the trumpets, the walls will simply collapse. The invulnerable city will suddenly lie open for the Israelites to march in and take.

We can only imagine what this all must have been like for the Israelites and for the residents of Jericho. For Joshua and the people of Israel it must have taken a lot of faith to carry out this battle plan. Certainly, some of the people of Jericho must have jeered at this pointless show of marching around the city. But we also know that many of them were afraid of the Israelites, knowing what their God had already done.

Both the virtual impregnability of Jericho as a walled city and the military craziness of marching around it make it clear that God alone delivered the city into Joshua's hands.

Everything and everyone in the city was to be utterly destroyed, according to God's directions, except for the silver, gold, bronze, and iron objects (which later went into the temple treasury). In other words, nothing like the usual spoils of war---either in slaves or in plunder. This was God's victory alone, and all the spoils were to be sacrificed to God or given to the temple.

This seems cruel to us, and certainly may seem cruel to the children. Therefore, we choose not to discuss this part of the story with them, reminding ourselves that the Lord takes no pleasure in the death of the wicked (Ezek. 33:11).

In view of the total destruction of the city, the fact that Rahab and her entire family were rescued safely is even more remarkable. They are the only survivors. Joshua takes special care to send two spies with a specific task of finding Rahab's house and escorting her and her family to safety outside the city walls. There Rahab and her people were welcomed and made a part of the Israelite people.

This story affirms the core of the Christian gospel that salvation comes only from God. Like the Israelites, we are helpless against our enemies---both physical and spiritual. Only the ark of God's presence and the trumpet blast of God's judgment will ultimately deliver us.

Greet children warmly and with a big smile as they arrive. Show your excitement at getting to spend time with them—and learning another part of God’s big story! Take time to reflect on the week that has passed since you were together, recalling some of the ways you have seen God taking care of you or have seen God’s power. Encourage kids to volunteer some of their ideas too.