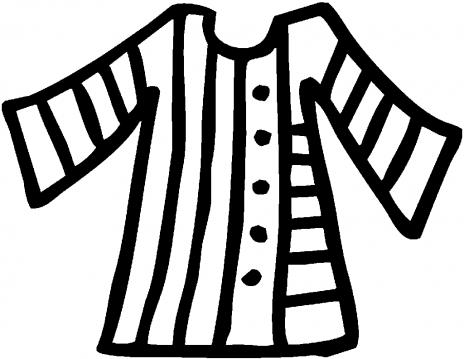 In this unit we will be exploring stories from the Bible that emphasize God's love and care for us---and remind us that we can love and trust God in return. Nothing is more basic to a child's growth and well-being than a steady, trusting relationship. And just as they need that kind of relationship with their parents or caregivers, they also need it in their relationship with God.

We begin with Joseph. While we tend to think of Joseph as a kind of heroic figure in the Bible, the story doesn't really start out that way. This seventeen-year-old boy, in fact, is presented to us as something of a prig. Jacob loved Joseph, the son of his old age by his favorite wife, more than all his other sons. This happens to parents, but to his discredit he also showed it. Jacob gave Joseph an expensive and exclusive gift in the multicolor coat. His brothers hated him, and we can understand why.

Joseph had dreams, and in each one he was at the center, shining with importance. Having a dream is one thing, but telling it to your brothers is another, especially when you know it's going to make them even more jealous. Joseph was either naïve or proud; we get the impression that he related his dreams to his brothers with great gusto. Joseph even succeeded in getting his father angry at him. "Will your mother and I and your brothers actually come and bow down to the ground before you?"

Well, the other sons get their chance for revenge when Jacob sends Joseph to check on his brothers, who are away with the flocks. Earlier it was reported that Joseph had "brought their father a bad report about them," and now here comes the tattle-tale again. They spot him coming a long way off (probably the multicolor coat), and one of them announced, "Here comes that dreamer!" Before we know it they were plotting to murder him. Based on the quick acceleration of their rage, we can sense how deep their jealousy had become.

The original plan was to kill him and make it look like the work of a wild animal. Interestingly, the oldest brother Reuben wanted to spare Joseph---not just his life but actually bring him back home. So the boys took Joseph, relieved him of his "richly ornamented" robe, and threw him into a deep cistern.

Reuben was gone while the brothers, who had sat down to eat, noticed a trading caravan passing by. One of the brothers injected another motive, greed, into the situation: "What good will it do just to kill him? We can get rid of him and make some money too, if we sell him to the Ishmaelites." And that's what they did.

By the time Reuben returned it was all done. He tore his clothes, but the narrative doesn't say that the brothers told him what they had done. Perhaps Reuben assumed that somehow Joseph had been kidnapped. At any rate, the brothers together hatched a plan to soak the infamous robe in blood and bring it to Jacob. They didn't even have to lie to old Jacob. All they did was show him the robe, and Jacob jumped to his own logical conclusion---his favorite son had been killed by an animal.

We read that there was mourning and wailing in the tents of Jacob, who didn't see his son again till years later. The chapter ends on this ominous note: "the Midianites sold Joseph in Egypt to Potiphar, one of Pharaoh's officials."

This is not a nice story. It's all about human pride, jealousy, greed, and violence. And there isn't a word about God in it until we get to 39:2---"The Lord was with Joseph..." God is there, and God's purposes will come to fruition. 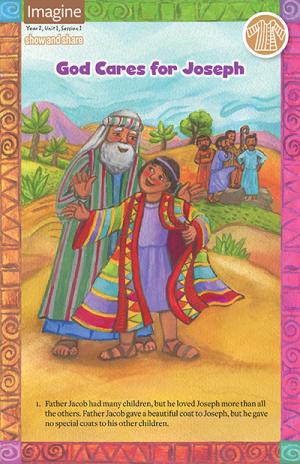