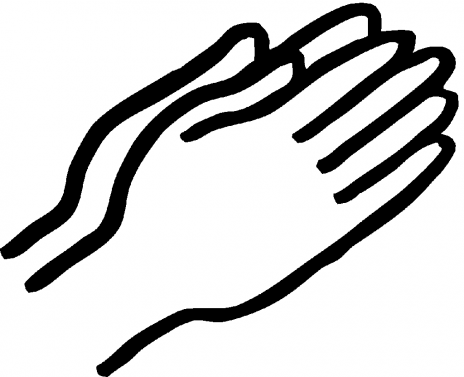 Here's a story of gynecological, psychological, and marital issues that, at first glance, doesn't seem especially appropriate for young children. Of the two wives of Elkanah, the favored Hannah is barren, and Peninah,who is fertile, teases her mercilessly. Yet this is a story beloved by and appropriate for children because they understand disappointment, teasing, and jealousy all too well.

Elkanah's family was godly. He took his wives and children up to the tabernacle at Shiloh each year as a kind of spiritual pilgrimage. But the trip always turned into a nightmare for Hannah. Because Elkanah loved her most, he gave her more food and gifts---which, predictably, provoked Peninah to a fit of jealousy. Elkanah, who seems clueless to the trouble in his own tent, wonders why Hannah can't be happy with his love alone. Despite its lack of direct commentary, the whole chapter is a good argument against polygamy!

The drama takes a new turn when, in tears and bitterness, Hannah goes to the house of the Lord to pray. We get the impression that this was not Hannah's regular practice; perhaps it was more typical of the men of Israel. At any rate, she is there praying silently, pouring out her anguish before the Lord. This is a kind of prayer we see frequently in the Old Testament, a lament that's on the edge of accusation---"O Lord, if you will only look on your servant's misery and remember me...." We don't often hear this kind of powerful and honest prayer in the church, but it is standard in the Bible.

In the way of many other desperate sufferers, Hannah makes a promise to God to dedicate her son to the Lord. He will be a Nazirite, a member of a special order of men dedicated to the Lord (see Numbers 6). We're given no indication that the Lord answered her prayer because of her promise, as though God's favor rests on something we do for him. Still, that was her commitment, and she kept it.

In stumbles old Eli, the priest at Shiloh. Perhaps he isn't used to seeing women praying in the house of the Lord, but he jumps to a rather harsh conclusion: there she is mumbling to herself; she must be drunk. And he upbraids her for it.

Hannah denies it, telling Eli the truth; she's been praying. Eli blesses her, commends her prayer to God, and sends her away.

Coupling religious commitment with marital love---a lovely combination---the Bible describes what happens next: "Early the next morning they arose and worshiped before the Lord and then went back to their home at Ramah. Elkanah made love to his wife Hannah, and the Lord remembered her" (vs. 19). She names the child Samuel, which sounds like the Hebrew for heard by God.

Hannah does not return to Shiloh until after Samuel is weaned, which happened in those days somewhat later than in our own. She goes back and presents Samuel to Eli, reminding him of the day she prayed in the house of God for a child. Then, just as she had promised, she gave him over to the Lord, an act that seems to us one of almost reckless faith and commitment.

Samuel became one of the great prophets of Israel, and Hannah's prayer of thanksgiving became the model for another beautiful prayer called the Magnificat, prayed by the mother of our Lord. 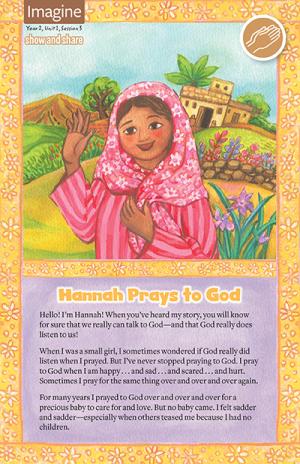