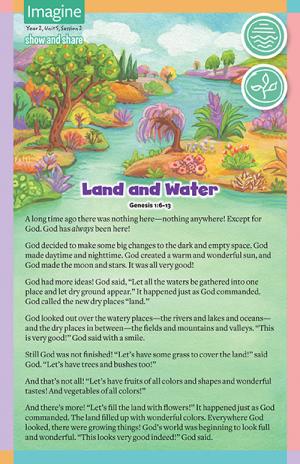 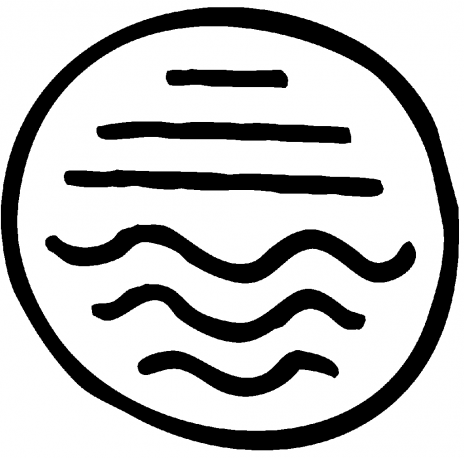 One way to understand what’s going on in Genesis 1 is to see how God is ordering the world to be a habitable place. It all began with a swirling, dark chaos, from which, step by step, God created an orderly world.

We recognize the ancient cosmology undergirding the writing we find here. These ancient people, without telescopes or other scientific instruments or collected knowledge, described the world as it appeared to them: a flat surface with a dome or “firmament” above it. They noticed that the waters seemed to come both from underneath the ground and from the skies above. Therefore, in terms of their perception and description of this aspect of the Creator’s ordering, God separated the chaotic waters from the dry land. God placed limits on the waters above the firmament and the waters below, marking out the boundaries of land and sea.

While this paradigm may seem primitive to us, this does nothing to change the abiding message of the chapter—that God made the world, and that he made it to be a habitable place for all the creatures he would place within it. It’s important for us to understand that those who wrote the Scriptures did so as human beings, subject to the limitations of their own times and cultures. Yet what they wrote is God’s inspired Word. Our job is to peel away the shell of their limited way of seeing the world to recognize the ultimate truth their words convey about the Creator and his creation.

Another constant refrain of this marvelous chapter is that God created the world to be fruitful. God is the God of abundance, and this portion of the creation account is all about a dry land cleared for “seed-bearing” plants and about various living creatures that are fruitful and multiply. God built not a static creation but one in which growth and multiplication were innate.

It’s interesting that the writer seems to avoid the words “sun” and “moon”—conceivably because the sun and the moon were considered by many ancient pagan peoples to themselves be deities to be worshiped. The creation story puts these heavenly bodies in their place as “lights” God placed in the sky. One feature of God’s ordering of the world that seems peculiar to us is that the sun and moon are said to have been created after the light was created and separated from the darkness. A plausible explanation is that the whole creation is being described from the point of view of a person standing on earth. In that case the description follows the eyes of that person, surveying all that God has made. Light may initially have been seen to have a source other than the sun and moon, as it’s still present on a cloudy day.

And then there’s that continuous and wonderful refrain, “And God saw that it was good.” This is a very important message—not only to the audience in the ancient world but equally so to us today. People in those long-ago days often thought of the world as an inherently bad place where the “gods” played tricks on people and demanded appeasement for their every whim, no matter how frivolous or ludicrous. Here we have an entirely different worldview. A good God created a good world as a blessed habitation for all his creatures. It was, and remains, good. Christians affirm creation!

Greet each child by name and with a warm smile as he or she arrives. Gather everyone around you. Set a bowl of assorted fruits and vegetables in front of you to pique the group’s curiosity about today’s session. Let each child pick one item from your assortment and tell the group one thing he or she likes about that food.