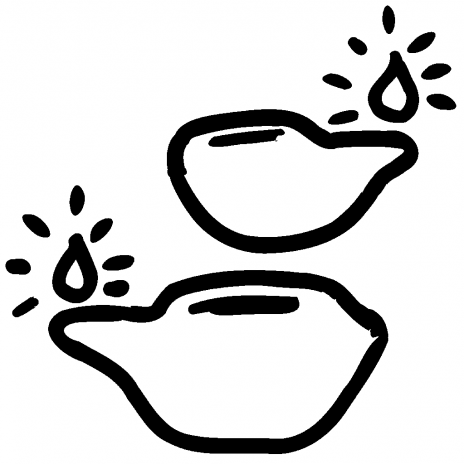 Scripture
Matthew 25:1-13
Focus
Jesus reminds us to be ready for the day when he will return to judge the world.
Faith Nurture Goals
Memory Challenge
Psalm 23:1-5

While this parable seems exotic and strange to us, like all of Jesus' parables it was based on ordinary life of his time.

A wedding in Jesus' day tended to be a big celebration, usually lasting several days and filled with feasting, laughter, and joy. It was more like a long weekend vacation than the typical wedding celebration of today. It's no wonder then that the Bible often uses the image of a wedding to describe the joyous celebration of the coming of God's kingdom. It's the "wedding supper of the Lamb" (Rev. 19:9), and the church is the bride of Christ (Eph. 5:25-27).

This parable focuses in on the beginning stages of a long, happy wedding celebration. It all began with the formal signing of a marriage contract by the groom in the presence of the bride's father or brothers. After such a signing friends of both the bride and the groom, including a number of selected young women (the ten virgins of the story), would lead a kind of parade at night, lighting the way with oil lamps, to the wedding hall and the waiting bride.

As so often happens in Jesus' parables, this apparently ordinary story takes an extraordinary twist. Some of the young women in the parade, faced with a delay on the part of the groom, run out of oil for their lamps. They have not anticipated this problem and have bought no extra oil in jars. When their lamps go out, they hurry out to buy more oil. In the meantime the groom and the rest of the entourage arrive at the wedding hall, the members of the wedding procession go in, and these five young women are shut out of the celebration---forced to miss the whole thing.

It's understandable for us to react by objecting, "How unfair! Just because they forgot to bring some spare oil?" Of course, Jesus could tell the story any way he wanted to in order to make his point, and the point in this case is that these young women were foolish. This doesn't necessarily mean they were habitually forgetful or flighty. In the language of the Bible, a fool is someone who has no regard either for God or for their neighbor. A fool is self-centered, living for the moment and for personal pleasure, with no concern either for the future or for the wellbeing of others. These young women were not just forgetful; their lack of preparation indicated that they lacked respect for the bride and groom, as well as proper concern for the significance of their responsibilities.

When these five young women finally do arrive and knock on the door, the message from the groom is unequivocal: "I don't know you." In other words, if you don't arrive in your proper place with the wedding party, you have neither identity nor welcome at the celebration.

Jesus tells this somber story as a warning. While he graciously invites us to the great feast of God's kingdom that culminates in a new heaven and a new earth, he also warns us that a time will come when the door will be closed. If we want to enter, we must take our part by acting responsibly now, by following Jesus and serving his kingdom. It is evident from Jesus' words that there will be no second chances.

Greet your children as they enter your meeting place, and let them know how glad you are to see them again. Use one or both of the following icebreaker questions: