The Pharisee and the Tax Collector

The Pharisee and the Tax Collector 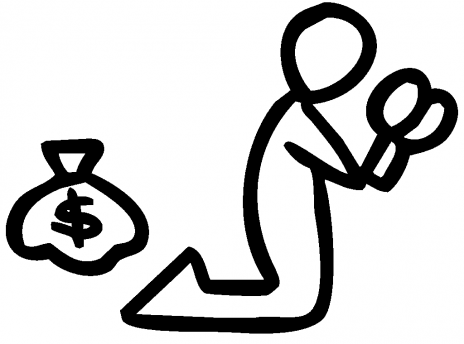 Scripture
Luke 18:9-14
Focus
Jesus teaches us to humbly ask God to forgive us and not to think we are better than others.
Faith Nurture Goals
Memory Challenge
Matthew 22:37-39

Jesus told this parable to a group of people "who were confident of their own righteousness and looked down on everyone else." Could that also be a problem for you and the children your group? The truth is, of course, that this is an insidious disease among Christians of all ages.

The two people in this parable seem more like cardboard characters than real people. It's as though Jesus takes two extreme kinds of attitudes in order to make the contrast more stark. But they may be more realistic than they seem.

The Pharisee stands by himself, observing some of the people who are gathered for prayer, and his eyes especially light upon the tax collector lurking in the corner. "Thank you, God, thank you that by your grace and strength I'm not like these other people. Look at them---robbers, evildoers, adulterers, and even that tax collector over there. No, I seek to do your will, fasting and tithing regularly."

The tax collector in his far-off corner has no memorized prayer and offers no thank yous. Overwhelmed with guilt, eyes to the ground, beating his breast, he manages to blurt out, "God, have mercy on me, a sinner."

It's not that the tax collector somehow earned his salvation. Being justified before God was, and always is, God's gift. This gift is given only to those who admit their helplessness and sin. Morally, the Pharisee was probably the better person. The tax collector undoubtedly harmed many people by his actions. But admiring our own goodness, as the Pharisee did, can be a trap separating us from God and from our neighbor.

The Pharisee really has two problems: self-righteousness and pride. In his self-righteousness he trusted in his own goodness rather than in God's grace. In his pride he saw himself as superior to other people, failing to see them with the eyes of love. So just as love of God and love of neighbor go together, so in this story two kinds of pride go together---pride before God and pride before our neighbor.

Welcome everyone back to a new session. If you usually begin with prayer requests and prayer together, do that today too.

Then invite the group to divide into pairs and read through a story about two kids their age. Distribute copies of “Two Prayers” from the printable pages. Ask the pairs to talk briefly about the question at the bottom of the page: What bothered you the most about the story of Andre and Tara?