The Council at Jerusalem

The Council at Jerusalem 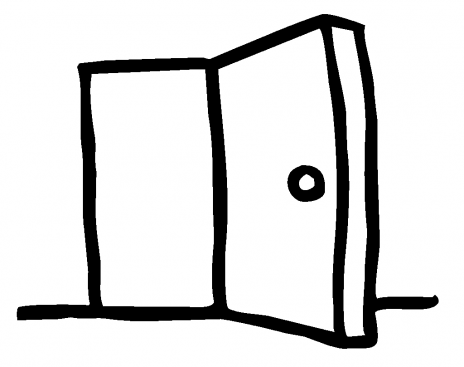 Scripture
Acts 15:1-35
Focus
The Holy Spirit taught the church that the gospel is for all people, not just the Jews.
Faith Nurture Goals
Memory Challenge
Matthew 28:6

Paul, Barnabas, and their companions returned to Antioch, full of stories about "all that God had done through them and how he had opened a door of faith to the Gentiles" (14:27). The first missionary journey was now complete, and the church at Antioch could see that God was on the move.

But there was a problem. An issue that would become a recurring problem in the early years of the church surfaced: can Gentiles become Christians? Obviously some Gentiles had become believers. But should there be a two-stage conversion, first to Judaism and then to Christ within Judaism? Shouldn't they be circumcised first and then baptized?

Underlying this issue was an even deeper question: is Christianity just a truer form of Judaism or is it a new and different faith? Does the new covenant in Jesus Christ continue the old one in Moses, or does it replace it?

These issues threatened to tear apart the early church as people from Jerusalem came to Antioch demanding that Gentiles believers be circumcised. The matter needed to be settled, and it couldn't be settled in Antioch. So Paul and Barnabas were sent up to Jerusalem to consult with leaders there, and to report "everything God had done through them."

The issue needed to be settled once and for all, and the apostles and elders met together in what has come to be called the Council at Jerusalem. Peter was one of the first to speak, since he had been led by God to preach the gospel to the Gentiles in Cornelius's household and had baptized them: "God . . . showed that he accepted them by giving the Holy Spirit to them, just as he did to us" (v. 8). He concluded by pronouncing, "We believe it is through the grace of our Lord Jesus that we are saved, just as they are" (v. 11).

Then Paul and Barnabas told of the signs and wonders that God had done through them among the Gentiles, and gave the number of Gentiles who had come to faith in Christ. The time for decision had come.

How was this decision made? No motion was made. No vote was taken. James, the acknowledged leader of the church in Jerusalem, rose to speak. He recalled words of Scripture that pointed toward God's purpose for including the Gentiles among his people, as well as the experiences that Simon and others were having on the front lines of the church.

Summing up, James issued a judgment. In some ways it could be called a compromise, since it demanded that the Gentiles be told about certain widely recognized Jewish laws. Yet the direction was clearly to include the Gentiles without placing a huge burden on them, especially the burden of circumcision.

The council drew up a letter summarizing their decisions and asked that it be circulated among the churches. Perhaps the most interesting statement of that letter describes the way in which the decision was made. "It seemed good to the Holy Spirit and to us" (v. 28). The council understood that their decision had been made by them with the guidance of the Holy Spirit. They recognized both the human and divine elements in coming to this decision.

While the controversy did not go away, the church had set a clear course for the future, one that would freely include Gentile believers.

Before the children enter, write the words “No ________________ allowed” on your board or newsprint. As kids arrive, invite them to think about times when these words are used, and who or what they might exclude and list them on the board. (Examples: girls, dogs, short people, babies, old people, swearing, smoking)