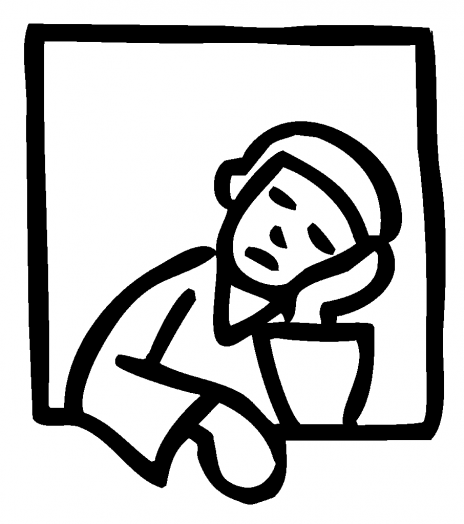 This passage provides not only a moving portrait of a tearful farewell but also a glimpse into the life and worship of the churches Paul established.

Paul is on his way to Jerusalem for what will turn out to be a fateful visit, the dangers of which he and others understand from Spirit-instilled premonitions. Along the way he stops at various places to bid farewell.

One stop was Troas, his hometown. Note the words, "On the first day of the week we came together to break bread" (v. 7). This is the first indication that Sunday had become the regular day of worship for Christians, in celebration of the Lord's resurrection. And the occasion was to "break bread," which we know was their way of talking about the Lord's Supper. It was an evening service, probably because most of the people worked all day.

We can, given the circumstances, forgive Paul's long-winded sermon, and the narrative provides us with the name of Eutychus, the patron saint of sermon sleepers (though most of them are "raised" with an elbow rather than a miracle).

Along the way Paul made a stop at Miletus, the port of the great city of Ephesus, where he had spent a number of years. He sent for the elders of the Ephesian church, just a few miles inland, to bid them farewell. We can imagine them all standing on the dock as Paul's ship prepared to embark.

Paul's remarks to the elders are both touching and enlightening. He first describes and defends his ministry among them. This was a time of "humility . . . with tears and in the midst of severe testing." No, these were not easy times for Paul---if he had any at all during his apostolic career. He worked among them both "publicly and from house to house," indicating the thoroughness of his ministry. Now, he says, "compelled by the Spirit, I am going to Jerusalem." It's always the Spirit who leads the gospel campaign.

Paul knows this will be a final farewell, so he declares that his faithful preaching has rendered him innocent "of the blood of any of you." In other words, he's done all he possibly could to make their salvation possible.

Then, in words that are still used today for ordaining elders, he commends them to "keep watch over yourselves and all the flock of which the Holy Spirit has made you overseers" (v. 28). He admonishes them to watch themselves first, before seeking to lead the flock. In this way he emphasizes the crucial importance of this task, since it is not their flock but the Lord's.

It isn't going to be easy, he warns. Trouble, discord, and false teaching will come, so "be on your guard!" In this battle they cannot rely on their own strength or wisdom, so Paul commits them "to God and to the word of his grace."

Finally, in a moving scene they all kneel together in prayer, and weeping, they embrace their beloved apostle for the last time.