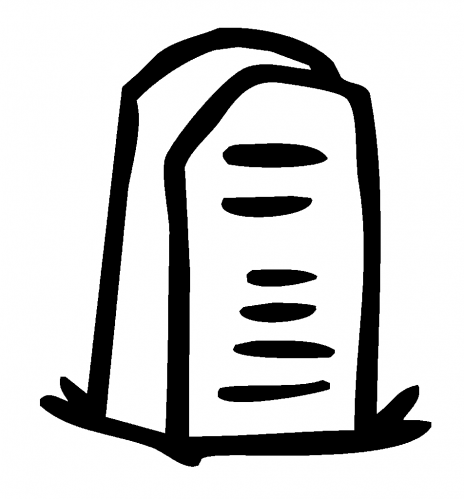 The story of Absalom's rebellion has a long, sordid history. We see its roots already with Nathan's prophecy after David's sin against Bathsheba and Uriah: "the sword will never depart from your house" (12:10). In the very next chapter things begin to fall apart in the king's own family. David's eldest son, Amnon, fell in love with his half-sister Tamar, who had a brother named Absalom. Tricking his father, he managed to be alone with her and to rape her.

David was furious. He hated Amnon for doing this to his own sister. But instead of publicly punishing his son, he simply refused to talk to him. As a result, Absalom took his own revenge by killing Amnon and then fleeing, living away from Jerusalem for several years.

Through some conniving by Joab, who clearly liked Absalom, the king's son was allowed back into Jerusalem. But David didn't talk to him for a long time---until Joab practically begged him to relent. There was a staged reconciliation, but the hostility between father and son never healed. Although decisive in affairs of state, David consistently chose to ignore the actions of his sons rather than confront them.

Meanwhile, Absalom---handsome, talented Absalom---seethed with anger at his father. He took to currying favor with various nobles in the land, and became a sort of "go to" man in the royal family. Over time he built up a large group of loyal backers, and finally decided he had enough support to mount a palace coup. He went to Hebron and had himself declared king (the same place David made his start).

David finally realized that Absalom had been building a following behind his back, isolating his father. Seeing that all the cards were in Absalom's hands, David chose to run rather than fight back. Humiliated, he retreated across the Jordan River with only his family and a few loyalists.

David knew that Absalom was very popular and that the only way he could be defeated was by making some big mistake, as a young, inexperienced king might well do. So instead of fighting back, David prayed to God that Absalom would not follow the wise advice of Ahithophel, David's long-time advisor. We are told that God listened to David's prayer: Absalom rejected Ahithophel in favor of another counselor, Hushai, who gave bad advice.

Hushai's advice to delay gave David the chance to rally his own supporters, who then set out to attack the rebels. As the troops marched out, he told his commanders, "Be gentle with the young man Absalom for my sake" (18:5). He still wanted to spare his rebellious son's life.

In a dramatic climactic scene, Absalom got his beautiful long hair caught in a tree while he was passing underneath it on a mule. David's men saw him hanging there helpless, but refused to act because of David's orders. Instead they reported the situation to Joab, the ruthless political realist, who rushed in to kill Absalom while he still hung alive by his hair.

In the end, a heartbroken David wept for his lost son, but, as Joab forcefully reminded him, a victorious king does not have this luxury. "I see that you would be pleased if Absalom were alive today and all of us were dead" (19:6). David forced himself to receive his returning troops---though on the inside he was a broken man.