Jesus in the Temple

Jesus in the Temple 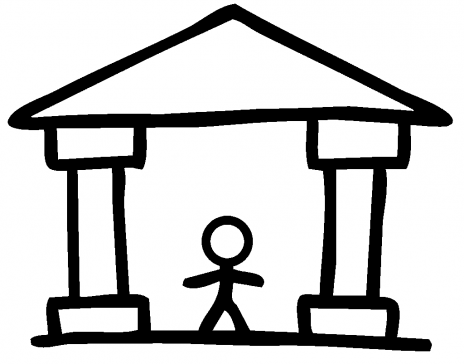 This is the only story in the Bible about Jesus between the ages of infancy and thirty years old, and it crackles with authenticity and mystery.

Again we witness Jesus' family in their context as faithful Jews, observant of God's commandments. Celebrating Passover, the central Jewish festival, was one thing, but celebrating it in Jerusalem was really important. Every Jewish family made that trip whenever possible. Imagine large groups of people traveling together in a spirit of festivity and expectation. For kids it must have been really fun---camping along the way, playing with other kids, seeing the big city.

At twelve, Jesus had probably already made his bar mitzvah (literally, son of the covenant), something like young teens today making confirmation or public profession of faith. He was likely joining his parents for their first trip to Jerusalem together. Imagine his excitement, when, rounding a bend in the road, the gorgeous white walls of the temple---a truly magnificent building---suddenly came into view.

Throngs of visitors from all over Palestine and from all over the world descended on Jerusalem during Passover. Imagine the crowds milling in and around the temple, the noises and smells of the sacrificial animals, the dealers hawking their souvenirs. How exciting for a kid from Nazareth!

As Mary and Joseph begin the trip home, they discover that Jesus is nowhere to be found. How could they not miss their son for a whole day? With extended family, brothers, sisters, cousins, and friends, the kids must have had a grand time together playing along the way, and the parents expected to find them in camp at evening. But no Jesus.

Frantically Mary and Joseph rush back to the city, and search for three whole days. Imagine their desperation! I suppose the last place you'd expect to find a twelve-year-old is in church (the temple) discussing things with the theologians.

Like any parent who finally finds a lost child, Mary and Joseph are relieved and angry at the same time. "How could you treat us like that?" Jesus answer strikes me as precisely adolescent. He didn't get what the fuss was all about. "Didn't you know I had to be in my Father's house?

The family makes it home, and Luke makes a point of reporting that Jesus "was obedient to them. . . . And as Jesus grew up, he increased in wisdom and in favor with God and people" (vv. 51-52).

This fascinating story raises lots of questions about who Jesus is. The Heidelberg Catechism gets at the tensions this story brings out, pointing out that Jesus was "true and eternal God" and also "truly human" (Q&A 35). He was a real boy, playing with others, lost in his own world, heedless of how his parents felt. He grew, he matured, he developed in body and mind like everyone else. But there was in him a growing awareness of a special relationship with his "Father" and his attachment to "my Father's house." No twelve-year-old-Jewish boy in those days would speak that way. Jesus was a very real boy who was also the very real Son of God. What a wonderful mystery contained in such a compelling story!

As you prepare, imagine your kids’ interest in discussing how Jesus is growing up and becoming a kid just like they are—a real kid. And then the coin flips and they learn that Jesus was also God’s Son—both human and divine at the same time. What a wonderful mystery! Enjoy exploring this divine truth with your group this week.