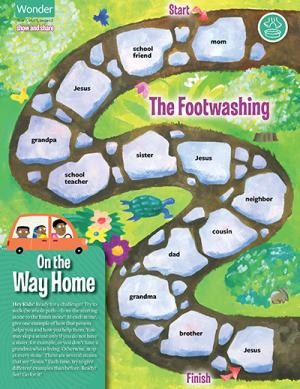 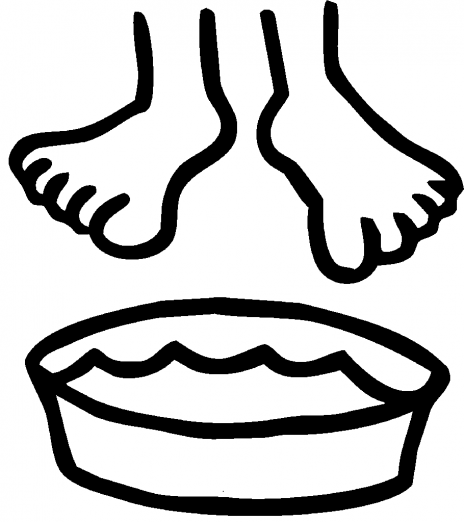 It is Passover week, "just before the Passover Festival" (v. 1). It's time for dinner, and a shadow falls over this group of men who have become so close to each other for the last three years.

Just as Matthew did last week, John wants us to see Jesus not as a helpless victim, but as fully in charge (and this continues all through Jesus' trial and crucifixion). Like a drumbeat, John tells us that Jesus "knew." He knew his hour had come. He knew the Father had put all things in his hand. He knew all about Judas's plans. He knew that this was the decisive moment, the moment for which he had come into the world. He was the Son, returning to the Father.

So he got up from the meal, took a towel, and proceeded to wash the disciples' feet. Something doesn't add up here. Knowing all this, knowing who he was and the price he was about to pay, why not spend a quiet night of reminiscence with his friends? Instead, he took a towel.

We've encountered foot washing before. In that culture, in which sandaled feet walking along dusty streets became caked with dirt, it was a ritual of hospitality. But it was done by the lowest servants. Even today in the Middle East, feet are considered unclean, not to be touched. Foot washing is slaves' work.

On this momentous night, Jesus took a towel---took the form of a slave---and proceeded to wash his disciples' feet, one by one, even Judas's feet. Until he came to Peter. Astonished, Peter said, "You? Wash my feet?" "Yes," Jesus says, "I know it seems strange, but one day you'll understand." "Never!" shouts Peter, "You'll never wash my feet. Wouldn't be right."

I suppose Jesus could have just gone on to the next person. Instead Jesus says something truly strange. "Unless I wash you, you have no part with me" (v. 8). What does that mean? Jesus is talking about his impending death and resurrection. He is saying, in effect, "Unless I lay down my life for you, shedding my blood for you, you will never be clean."

As he stands in front of Peter with a basin and towel, waiting to wash his feet, we cannot help but think of our baptism. In baptism we are baptized into Christ's death. Just as the water cleans our bodies, his blood cleanses our souls of guilt.

Washing and drying done, Jesus turns to them all. "Do you understand?" he asks. If Jesus, the Lord and Master, washes your feet, you ought to wash one another's feet. We are servants of the servant. We are disciples of the one who laid down his life for others. We are followers of the one who wore a towel and bore a cross.

We North American Christians build our big churches with their attractive logos and engaging websites. We want recognition and status. Yet the signs given by our Master are a towel and a cross. "Now that you know these things, you will be blessed if you do them" (v. 17).