A Man Jumps for Joy

A Man Jumps for Joy 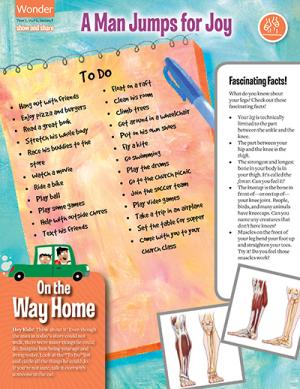 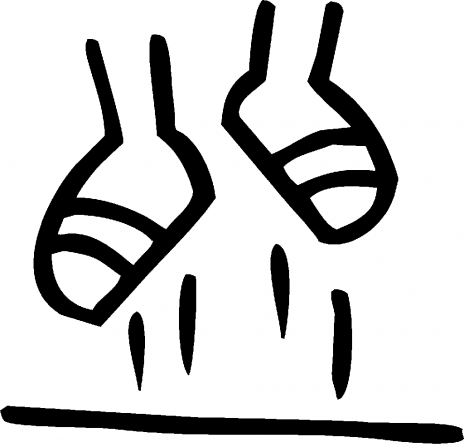 Back at the very beginning of Acts, Luke had said he would continue to tell the story of "all that Jesus began to do and to teach." In other words, we should expect that what we read here is a continuation of Jesus' ministry through the apostles. With the sending of the Holy Spirit, the disciples are empowered to continue the ministry of their risen and ascended Lord.

That's exactly what we see in today's story. One of the things we would expect to see in the continued ministry of Jesus is healing, which was central to Jesus' life and work. In healing people, Jesus demonstrated that the kingdom of God had come near.

Here Peter and John enter the temple for prayers. (Notice how much of the life and worship of the early Jerusalem church centered around the temple, until it was destroyed in a.d. 70.) This was a very good spot for a man who was begging, as Jews were required to give alms as part of their religious obligations. Of course, the man solicited Peter and John along with all the other temple visitors.

Luke tells the story with characteristic attention to detail. He says that Peter looked straight at the man and demanded that he look at them. Likely after years of demeaning begging, the man had learned to keep his eyes downcast---better for him and better for business. When called to attention, he naturally expected a big handout from these two visitors.

Imagine his disappointment as Peter says, "Silver or gold I do not have," and then the puzzlement he felt when ordered to stand up and walk in the name of Jesus of Nazareth. The man obviously needed some more encouragement, so Peter reached out his hand to help the man stand.

The man felt new energy surge through his nerves and muscles. He jumped to his feet, and as soon as he'd steadied himself, he began to walk and jump and dance, praising God. Soon everybody knew about it, because he had occupied the same place at the temple gate for years, waiting for handouts. And here he was dancing all over the place.

Peter then began to preach many of the same points he had made to the Pentecost crowd. This time he emphasized that this man now walked through the power of Jesus and by faith in the name of Jesus. In other words, he was saying, "This is not about us, it's about Jesus."

There are a couple of remarkable things about Peter's words on this occasion. He talks about what had happened to Jesus more clearly: "Heaven must receive him . . ." (Acts 3:21). That's the way he describes the ascension. It's as if there had to be a celebration in heaven to receive the victorious Lamb (Rev. 4-5). Then he points to the end of time, describing it as the time for "God to restore everything."

In the end, everything will be restored, made new again. It's obvious that this man's healing, restoring his sight and dignity, was a sign of this final restoration.