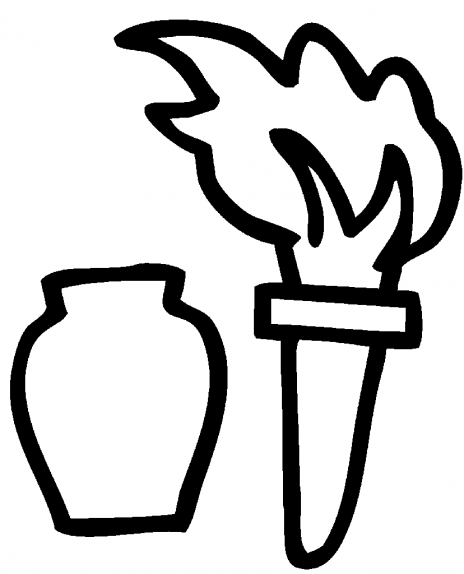 In the book of Judges we find a frightening pattern: When the Israelites worshiped other gods, the Lord handed them over to their enemies. When they repented, the Lord sent a judge to save them. But when the judge died, the people quickly turned back to those foreign gods and evil ways (see Judges 2). It seemed as though they just couldn't learn to be faithful and obedient people.

In our second story from Judges, the saga of Gideon, Israel is again in trouble, this time from the Midianites. So they cry out to the lord for deliverance (6:7). And God answers. The Angel of the Lord appears to Gideon and says, "The Lord is with you, mighty warrior" (v. 12). Gideon gives a respectful but skeptical reply: "If the Lord is with us, why has all this happened to us? . . . But now the Lord has abandoned us" (v. 13). Gideon then requests a number of signs from God before he is finally willing to accept that God intends to save Israel through his leadership.

Gideon's demand for signs from the Lord seem odd to us New Testament Christians, and even a bit comic. At the end, Gideon asks for "just one more" sign. For us, seeking a sign is generally regarded as indicating a lack of faith. But in the Old Testament, there are a number of instances in which people asked for a sign, and it was considered a legitimate way to determine the authority of the person speaking. In this case, the Lord clearly approves of Gideon's attitude and gives him the signs he requests.

The most interesting and spiritually enlightening part of the story comes when Gideon gathers an army to attack the Midianites. Surprisingly, God immediately announces to Gideon that he has too many men. "I cannot deliver Midian into their hands, or Israel would boast against me, 'My own strength has saved me'" (7:2). What follows is a strange and almost comic process by which God whittles down the army to just 300. That finally seemed a small enough number to prevent any boasting on the part of Israel's army.

The actual victory also ensures that the victory will be attributed to God, much like the victory over Jericho. Surrounding the Midianites' camp that night with trumpets, jars, and torches, the Israelites scare them out of their wits. In the middle of the night, undetected, the 300 Israelite soldiers suddenly blow the trumpets, smash the jars, and wave their torches, shouting, "A sword for the Lord and for Gideon!"

The Midianites, thinking that some huge army has overtaken them, run for their lives and the Israelites follow, thoroughly routing their enemy.

Unfortunately, the great story of Gideon's army is followed by another story of Gideon's idolatry---and the idolatry of the people of Israel. The pattern of sin, punishment, and rescue continues over and over again, a pattern that will only and finally be defeated in Jesus Christ and in the power of the Holy Spirit. 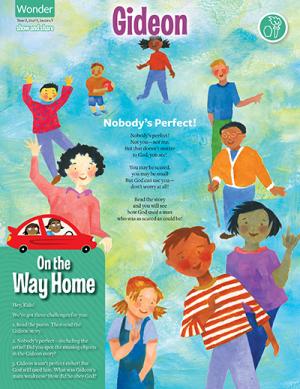