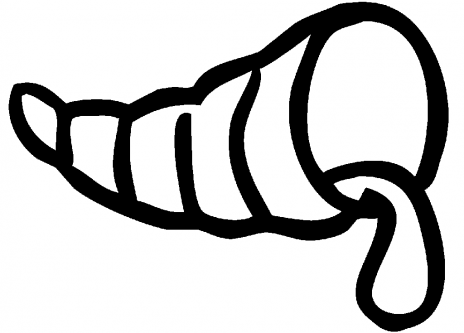 Samuel was the last and greatest of the judges of Israel who ruled God's people after God settled them in the land under Joshua. Now he was getting old, and his sons didn't look promising as leaders. The people clamored for a king, "such as all the other nations have."

Samuel wasn't enthusiastic about the idea, seeing it as a substitute for God's rule through him. God agreed with this assessment but told Samuel to go ahead anyway---with a strong warning about "what the king who will reign over them will claim as his rights."

Samuel did his best to talk the people out of the idea, warning them of all the dire consequences, but they persisted: "We want a king over us. Then we will be like all the other nations." Both God and Samuel acquiesced.

But who would he be? The puzzling answer to that question occupies the next two chapters. From a human point of view, the events to follow could have been a series of happenstances, but the Bible makes it clear that God was leading Samuel to the right king. The next thing we know the text calls our attention to a young man named Saul, son of Kish, "as handsome a young man as could be found anywhere in Israel, and he was a head taller than anyone else" (9:2). Just as the people are looking for a king "like the other nations," a candidate comes to the fore who has the kinds of qualifications people might look for---outward beauty and power.

Saul is sent out looking for some lost donkeys, of all things, and he ends up consulting Samuel as to their whereabouts. Just before Samuel met Saul, God had informed Samuel that he would meet a man from Benjamin. "Anoint him ruler over my people Israel. . . ."

So Samuel invited Saul to his house and conversed with him, asking him, "To whom is all the desire of Israel turned, if not to you and your whole family line?" (9:20). Saul was dumbfounded, pleading that he was from the smallest clan in the smallest tribe of Israel. "Why do you say such a thing to me?"

After dinner and an evening together, while Saul was getting ready to return home, Samuel secretly anointed him, asking rhetorically, "Has not the Lord anointed you ruler over his inheritance?" Afterward Samuel sent Saul on a visit to a community of prophets at Gibeah with some strange advice, finishing with "and you will be changed into a different person" (10:6). Sure enough, the Spirit of the Lord came on Saul, and he joined the prophets in prophesying.

All this convinced Samuel that this was indeed the man of God's choosing, and he arranged for a public anointing for Saul as king at Mizpah. After a speech recounting his own doubts about a king, as well as God's choosing of this man, he was ready to anoint Saul. But Saul was nowhere to be found. They finally discovered him hiding among the supplies and brought him to Samuel. There he stood "a head taller than any of the others," with the people shouting, "Long live the king!"

But the story ends with a hint of dissent. While valiant men "whose hearts God had touched" followed Saul, others despised him. "But Saul kept silence."

Saul's anointing begins a long and mostly sad story of a succession of kings who ruled Israel. Even the best of them, like David, were deeply flawed, and the worst led Israel into apostasy. What Israel needed was a true king who would rule God's people in God's name with justice and peace. And so began the long wait for the One who would be called the "son of David." 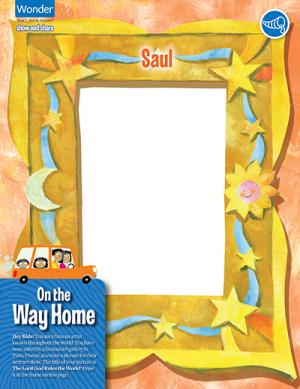