The Covenant for You

The Covenant for You 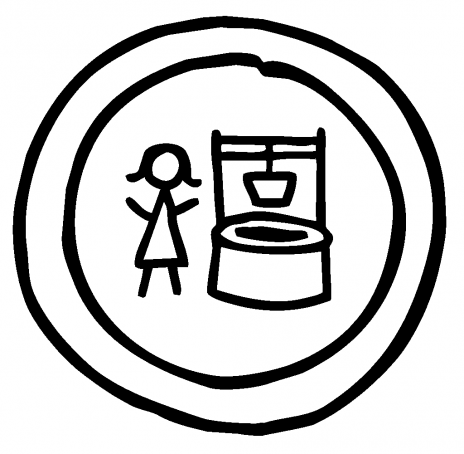 Scripture
John 4:1-42; Q&A 17
Focus
God's covenant promises are for us and for all who believe in Jesus.
Faith Nurture Goals
Memory Challenge
Acts 2:39

In the last session of this unit we ask the most important question for you and for the young teens in your group: how does this salvation become your own?

None of us can come to God apart from God's own choosing, and even though the Holy Spirit works on our hearts, each one of us still needs to come to personal faith in Jesus Christ. God calls us into a covenant relationship---and covenants always involve responsibility for both parties. There must be a response from us to God's promises and to the gospel. And the response to the gospel is faith.

We see this happen in the Bible passage for this week. It tells the gripping story about how Jesus calls a woman to faith---and not the sort of woman we would expect to believe. It's clear from the story that her lifestyle was suspect and her reputation in the community was low. Yet she was the one Jesus chose, and she ended up exerting a powerful influence on her entire village.

The Samaritans were an in-between people; the Jews considered them Gentiles and the Gentiles counted them as Jews. But they thought of themselves as part of God's covenant community, claiming descent from Abraham and Jacob. Their ancestors had remained in the land during captivity and had intermarried with people who worshiped other gods. As a result, their faith and worship included some pagan elements.

Jesus' conversation with the Samaritan woman reflects knowledge of that background. He challenged both her morality and her religious views. "Living water" was a common religious symbol among the Samaritans. The biblical metaphor of God as the husband of Israel lies behind Jesus' question about the woman's husband. Her answer, "I have no husband," displays the poverty of the Samaritan religion, and Jesus' reference to "five husbands" may be an allusion to the other gods the Samaritans worshiped.

Still, Jesus chose to enter into a deep spiritual conversation with this woman, and persisted in that conversation in a way that brought her to a living faith. After probing her sordid past and her flawed religion and its worship, Jesus finally declares to her who he really is. In response, she says, "I know that Messiah is coming." Jesus declares, "I, the one speaking to you---I am he."

Strangely, at this dramatic moment the story takes a turn. The disciples return and wonder why Jesus is talking to a Samaritan woman. Jesus has to explain to them that his very purpose is to call all kinds of people to himself. It's only near the end of the story that we recognize the woman's response---she and her entire village believe in Jesus, that he is the Messiah, the Savior of the world.

Jesus makes an interesting remark to his disciples that reminds us of something we learned in the last lesson: "I sent you to reap what you have not worked for." It reminds us how God's Spirit is at work in people's lives and hearts long before we ever talk to them about the gospel. At the same time the story reminds us that when we are confronted by Jesus through his gospel, whatever form that takes, we must also choose to believe in him. This woman and her village made that choice. Many others did not.

Welcome your group this week by handing them each an empty cup as they walk into the room. As the group settles in and sits down, explain that today you’ll be talking about “water” and being “thirsty for God.”

Ask each person to share a time they remember being particularly thirsty—maybe they were hiking, or at the beach, or on a trip, or in the desert. What was it like to be thirsty and not have any water to drink?