The Story of the Apostles' Creed

The Story of the Apostles' Creed 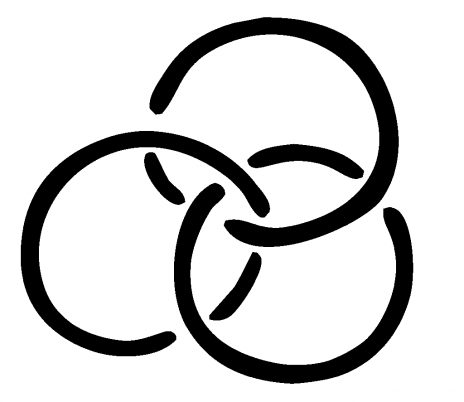 Today's session doesn't center on a single Bible story; rather, with the help of the Apostles' Creed, we look at the whole biblical story, from creation to consummation. It's the story of the triune God: Father, Son, and Holy Spirit, who comes down to rescue us and bring us to share in the glory of the one, only, true God.

The Apostles' Creed, though it was not actually written by the apostles, was written very early in the history of the church and contains the essential truths of the Christian faith. Notice first that it's built on a trinitarian structure. It's the story of the Father, the Son, and the Holy Spirit, "one God . . . in three distinct persons."

God the Father is the Creator of all things, as another creed puts it, of "all things visible and invisible." This story begins with God and ends with God. It begins in the far reaches of eternity---where God is all that exists. But God is not solitary; God is a community, one of divine persons in an eternal dance of love.

We appear in the next phase of the story. God creates heaven and earth, but also man and woman, who rebel and fall into sin, dragging the world into chaos and evil. But the triune God will not let his world go. God sends the Son down to the world to rescue it from sin and death by taking our sin onto him.

The Son enters the world not as some strange semi-divine being but as a human. The creed narrates the downward trajectory of the Son's rescue: conceived and born of the virgin Mary, suffered under Pontius Pilate, crucified, buried, descended into hell. The Son goes into the lowest depths of human degradation, shame, and punishment to rescue those who are now his brothers and sisters.

When the Son had done everything to identify with our lostness, the Father vindicated him, raising him from the dead. And now begins the upward movement of the story. He ascended and is seated at God's right hand.

This all leads to the third stanza of the song-story of the creed. The Father and the Son send the Holy Spirit to work in our hearts, joining us to the church, assuring us of forgiveness, helping us to follow Christ, and instilling hope for the future.

One way of looking at the creed-story is to see it as a giant V---the sign for victory. The Father sends the Son down, who from birth carries us down with him in suffering the full depths of our sin and rebellion. Then he takes us with him on a victory march to the Father's throne, and finally awakens faith, love, and hope in us through the Holy Spirit sent into our hearts.

Another way is to see the creed is as a description of the original divine community of Father, Son, and Holy Spirit---creating us in love and rescuing us so that we may enter that community of love forever. Either way, it's the true story of the whole world, and the story out of which we live our lives.