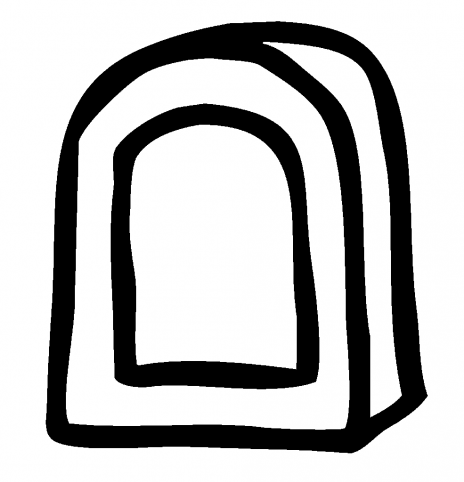 The fascinating story of how Paul introduced the true and living God to the idolatrous and sophisticated Athenians also helps us understand the Creator God whom the creed calls the Father.

But before Paul gets there, he fastens onto one of the idols in the pantheon of gods the Athenians worshipped, an altar to the "Unknown God." The Greek word agnoeo is the one from which we get the word "agnostic," meaning one who feels that God is simply unknowable. This doesn't seem like a very good starting point, but Paul skillfully builds his case.

Quoting from one of their own poets, he describes a God who is the source of everything that exists, the Creator of all. This God, says Paul, is the one in whom we "live and move and have our being." God is not far from us and is eager for his human creatures to know him and find him. And then, quoting one of their own Greek poets again, Paul says we are "his offspring."

Having gained their interest by quoting one of their own, Paul deftly but gently criticizes the idol farm he sees around him in Athens. How could this God who created all, and of whom we are offspring, be contained in manmade images of gold or silver or frozen in stone?

Still fascinated, the Athenians listen in rapt attention, until Paul makes the next inevitable move. "For he has set a day when he will judge the world with justice by the man he has appointed. He has given proof of this to everyone by raising him from the dead."

Talk of God in the abstract, and people will listen. As soon as God comes to earth as a man and is raised from the dead, they will sneer. God's don't come into the world, and gods certainly don't die. For the Greeks, the idea of a god truly and deeply engaged with the world was ludicrous.

That is the scandalous uniqueness of the Christian story, a God who comes down.

Today's Q&A, following on the story of the creed, reveals the truth about the unknown God. It starts out in what seems like very abstract terms: "God is one spiritual being, eternal, invisible, almighty, infinite, and completely wise, just and good." There may be lots of "Athenians" around who could agree with that.

But God is also one God in three distinct persons. In other words, God is a community of divine persons in perfect harmony. The next Q&A (which you will look at in more detail next week) takes us one step further---through Jesus Christ, the Son, God is also my Father and will "provide whatever I need for body and soul."

As it did with the ancient Athenians, this is exactly where Christianity impinges on real human life and enters human history, and it is also precisely where it becomes real and relevant. This God calls us not to build an idol but to enter a relationship. This God asks not for our intellectual assent but our hearty obedience.