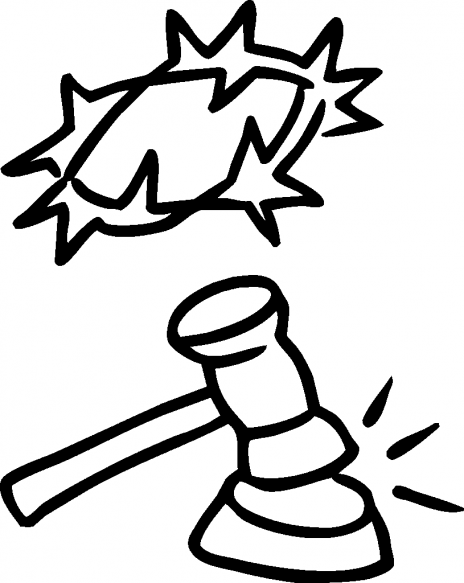 Scripture
Isaiah 53; John 19:1-16; Q&A 27
Focus
In his life and death, Jesus suffered God's anger against sin so that we might never suffer such a severe judgment.
Faith Nurture Goals
Memory Challenge
Isaiah 53:4-5

The story of Jesus' passion and death has a very different feel in the gospel of John than in the other gospels. In the other gospels there is much more the feeling that Jesus is a victim---though a willing victim---of a cruel miscarriage of justice. Others are in control while Jesus seems helpless before them. In John's gospel, we see Jesus differently. He is in control here. No matter how much they mock him, he is, in fact, the King of the Jews, the King of the universe.

This change of perspective is especially evident in Jesus' conversation with Pilate. "Don't you realize that I have the power to either free you or crucify you?" says Pilate. Jesus replies, "You would have no power over me if it had not been given to you from above." This so upset Pilate that he tried even harder to have Jesus freed, though he finally handed him over under sheer political pressure.

In John it's clear that this has all been determined by God in eternity. After Lazarus had been raised from the dead in chapter 11 and many people believed in Jesus, the leaders began to plot to kill him. Caiaphas, the high priest advised, "It is better for one man to die for the people than that the whole nation perish" (11: 50). John adds, "He did not say this on his own, but . . . prophesied that Jesus would die for the Jewish nation, and . . . also for the scattered children of God, to bring them together and make them one" (11:52).

Perhaps the most moving words in our passage today, words that have resonated through the centuries, are found in chapter 19, verse 5. After the soldiers have clothed Jesus as a king and mocked and abused him, he came out before the crowd in his spit- and blood-covered purple robe. With a wave in his direction, Pilate announces to the crowd, "Here is the man!"

Without knowing it, Pilate was announcing what had been prophesied centuries before: "Surely he took up our pain and bore our suffering, yet we considered him punished by God. . . . We all, like sheep, have gone astray . . . and the Lord has laid on him the iniquity of us all" (Isaiah 53:4-6). "Here is the man!" says Pilate. Here I stand. Here you stand. We are the ones who were created and endowed by God to rule God's creation, to be kings and queens on the earth. But we sinfully rebelled and dragged the world down with us.

But Jesus was innocent. Pilate himself said it: "I find no basis for a charge against him." The charge was against us and all humanity. We are the ones who stand condemned before the ultimate heavenly court of justice. Therefore the one who Pilate finally handed over took our place. He stands in the place of all men and women who are lost and condemned in their sin.

He is our substitute. Seeing him naked and alone on the cross, nails piercing his hands and feet, struggling for every breath, we see what we deserve. Before the cross we learn that our sin isn't just a series of mistakes, mere wrong choices. Sin is rebellion against God, the judge of all the earth. Sin isn't just forgiven; it is paid for. God's justice demands it. But we have a God who loves the world, who loves you and me so much that he gave his only begotten Son to take our place on the cross of judgment.

Greet everyone with a friendly hello as they arrive. When you are ready to begin, show everyone your packet or container of sugar. (You may even want to sprinkle some in each person’s hand for a taste). See if they can name more than three substitutes that people use for sugar.