Easter: We Want to See Jesus

Easter: We Want to See Jesus 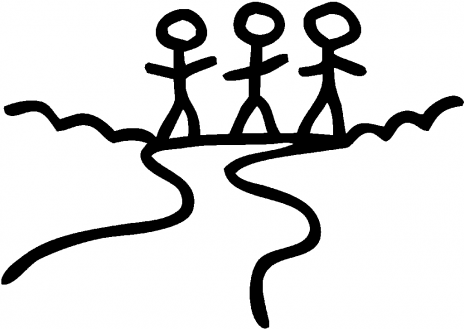 Scripture
Luke 24:13-35
Focus
Like the travelers on the road to Emmaus, we need to see Jesus as our risen Savior and Lord, the fulfillment of God's promises.
Faith Nurture Goals

The story of the disciples on their way to Emmaus is deservedly one of the favorite Easter stories in the Bible. It's told in a human setting with which we can all identify, and yet it contains powerful teaching about the continuing importance of Jesus' resurrection in our lives.

It's the first day of the week, the day after the Sabbath, and everyone begins to move about again after the Sabbath restrictions. Some strange things have happened, but no one has been able to get their heads around it yet.

Two disciples head home to Emmaus, a little town less than ten miles from Jerusalem. Luke specifies two people---it may have been two friends, or even a husband and wife. They're convinced that nothing has happened to alleviate their despair and disappointment. It's all expressed in their wistful comment to the "stranger" who joins them: "We had hoped that he was the one . . ." (v. 21).

It's strange that many of these disciples don't recognize Jesus after his resurrection, and Jesus doesn't seem anxious to reveal himself to them. It's especially interesting---and even humorous---when Jesus "plays dumb" when they upbraid him for being the only one who doesn't know what has happened in Jerusalem during the last few days. "What things?" Jesus asks with a straight face.

Jesus holds back his identity from them, but he's forthright in his pronouncements on their flimsy faith: "How foolish you are, and how slow to believe all that the prophets have spoken." He then proceeds to offer them one of the best Bible studies ever. Imagine Jesus himself going right through the Bible---the Old Testament, of course---explaining to them "what was said in all the Scriptures concerning himself" (v. 27). This affirms something else we believe about Scripture---it's all about Jesus.

Still they didn't quite get it, though later they describe how their hearts burned with the joy of spiritual recognition as Jesus opened the Scriptures to them. It was a long Bible study, but finally they arrived at Emmaus and the couple's home. Jesus intimates that he plans to go on, but they won't allow it. "Stay with us, for it is nearly evening; the day is almost over." (What a wonderful model for evening fellowship for disciples today!)

Jesus stays, still unknown to them---until, that is, he does four things: "He took bread; he gave thanks, broke it, and began to give it to them." And their eyes were opened and they recognized him. What was it about that fourfold action that gave him away? Any Christian to whom Luke was writing would have known, as we should today. These are the four actions that are associated with Jesus' last supper with the Twelve and with the Eucharistic (communion) feast of Christians everywhere. These disciples recognized him in the breaking of the bread.

Many commentators have pointed out that Luke shows the risen Christ present with his disciples in two special moments: in explaining the Scriptures and in the breaking of bread---in the sermon and in the supper. He has risen from the dead, and he is present with us still in his Word and in the sacraments.