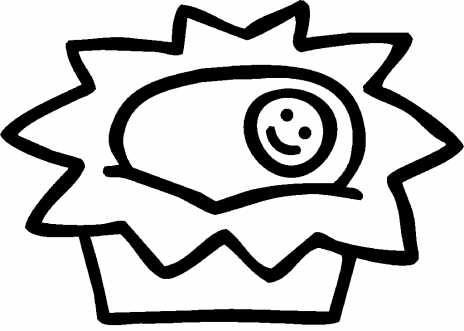 Scripture
Luke 2:1-20
Focus
God surprised the world with the birth of the Savior.
Faith Nurture Goals

Anybody not know this story? That's a problem and an opportunity. And you have a big opportunity this year to tell the story completely apart from all the Christmas hoopla, which means it doesn't have to compete with Santa Claus, presents, and Christmas parties.

Why start with Caesar Augustus and Quirinius? Luke's first point in telling the story is to anchor it in time and history, which is his way of saying, "This is not a fairy tale, folks, God really did break into our world." And, of course, we understand what a family from Nazareth is doing in Bethlehem. And then there's "the city of David." Luke is directing us into a very important element of the story of God in the Bible. The reader is supposed to remember that great promise God made to David (2 Samuel 7) that his descendant would sit on the throne *forever*. God is fulfilling age-old promises, and the one to David is only one.

Strangely, the birth story is the shortest part. Jesus is born and wrapped in cloth, and laid in a manger. A *what*? That would be the first-time reader's response. There was no room, Luke explains. The Lord of glory is born into poverty, the Creator of all is laid in a cow feeding trough, there is no room for God's Son in the city of David.

As soon as the baby is born and laid to rest in just one sentence, Luke turns our focus to the fields outside Bethlehem. Shepherds were in the field watching their flocks. Why focus on shepherds when God has just arrived in Bethlehem? It was the city of David, the shepherd-king, but more important, shepherds were on the lower rungs of Jewish society in that time. If heaven were going to make an angelic birth announcement, you would think the message should go to Caesar's palace, or at least the high priest in Jerusalem. No, Luke says, in ways already signaled by Mary's song in chapter 1, he has come to save sinners, to be with the poor and lowly.

So the angels sing their glorious oratorio while the sleepy shepherds cringe in fright. While Caesar sleeps or parties, and the high priest is clueless, the shepherds rush off the Bethlehem to see. What a scene! Scruffy shepherds peering in on this young couple and their baby wrapped in homespun cloth and lying in a manger.

Luke closes the story with two responses: Mary's pondering and the shepherds joyfully spreading the story. The story invites us to do both---to ponder the mystery of the Word become flesh, God with a bellybutton, and to sing with contagious joy about the Savior who has come to join the human race.