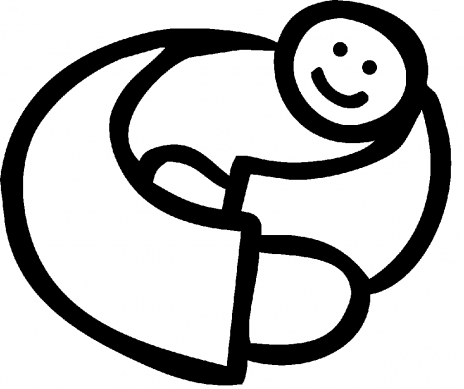 As Luke continues telling the story of Jesus we meet some more unexpected people who welcome him. We've met Mary and Joseph, young and poor, and the shepherds, earthy and disreputable. Now Luke calls us to ponder two old people in the temple who take the infant in their arms.

Just by skimming the text, two words dominate the story: *Law* and *Holy Spirit*. Luke signals that it's terribly important that Jesus' parents follow God's law in this birth. It's not as though the first two-thirds of the Bible get ripped away as a new era of grace dawns. Rather, it all comes to fulfillment with Jesus' birth.

The law of Moses stipulates four important actions after the birth of a child. The child is circumcised on the eighth day, symbolizing his covenant status. The mother must undergo a ritual purification since she is rendered "unclean" after the birth (and is therefore unable to participate in any official religious observance). Next the child is "presented" at the temple in Jerusalem and "consecrated" with a sacrifice there. The last action recalls the time of the Exodus, when the angel of death struck down the firstborn of Egypt while the houses of the Hebrews were "passed over." From that time, the life of every firstborn child belonged to God. So, in a ritual that reminded Israelites of their salvation from Egypt, every firstborn boy was redeemed by the payment of an offering in the temple. (The sacrifice mentioned in verse 24 was for Mary's purification.)

Why all this stuff about the law? Luke wants us to know that Jesus did not come to destroy the law, but to fulfill it. He is the ultimate fulfillment of the covenant promise to Abraham, of which circumcision was a sign and seal. He is the firstborn Son who will die and rise again for the redemption of the world. He is the one who will take away our uncleanness and make us pure.

This is where the two old people---Simeon and Anna---and the Holy Spirit came in. Simeon was in the temple that day because the Holy Spirit moved him to be there at that moment. Anna was always there because she was a prophet, that is, someone through whom the Holy Spirit especially spoke and acted.

Their spirit was one of patient waiting. This waiting was not like waiting in line at the checkout. It was waiting in faith for the sure action of God, waiting to see God's promises fulfilled. This particular day the wait was over. Each of them, moved by the Holy Spirit, knew that this was the child of promise.

In a profoundly touching action, Simeon took the child in his arms and offered a prayer of thanksgiving to God, a prayer that has become the last prayer at the close of day for countless Christians across the centuries. Simeon says, in effect, "This is what I've been hoping and waiting for all my life long; God's salvation has finally arrived." His prophetic words to Mary must have pierced her soul. Anna, a long-time widow, had dedicated her life to prayer, and now she too saw the child and believed.

While his birth is unnoticed in the larger world, Jesus is welcomed by the disreputable shepherds and these obscure old people, pious in the best sense of the word, their expectant faith rewarded with sight.