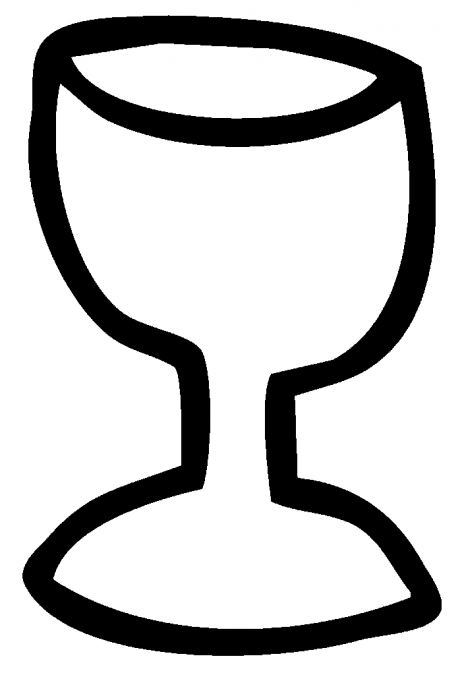 Most people notice that John's gospel is very different from the other three. He tells the story of Jesus less from a chronological perspective and emphasizes more who Jesus is. The first part (chapters 2-11) is arranged around seven miracles or what John calls "signs" because they point in some way to who Jesus really is.

The first sign seems quite baffling. Why in the world does John introduce Jesus as the one who miraculously makes more wine for a wedding where it's running out? Compared to healing people and raising the dead, this miracle almost seems frivolous. It's only by entering the story and identifying the strands of meaning that it becomes a revelation for us.

It all begins very prosaically. Jesus and Mary, accompanied by some of the disciples, attend a wedding---a multi-day affair in those days---in a nearby town. Perhaps it was a cousin or a friend of the family, but obviously the author isn't interested in the niceties of the wedding invitation.

For whatever reason, the wine begins to run out before the guests are ready to go home. This causes Mary some concern, which she passes on to Jesus. His response, "Woman, why do you involve me?" seems harsh, as though he's above such concerns. But then comes the real reason: "My hour has not yet come." This is the way Jesus talks about the cross and resurrection he faces; they are the hour he came for, the hour of truth and salvation.

For some reason Mary doesn't take Jesus' response as a no. She instructs the servants to do what he says. Jesus tells them to fill the nearby jars with water. We are told that these jars are meant for ceremonial or ritual washing, which was stipulated in the Law of Moses, and so loved by the Pharisees. So the jars are filled to the brim. Jesus never does anything halfway.

Jesus then instructs them to take a sample to the master of ceremonies, who immediately recognizes its quality. The master of ceremonies faults the bridegroom. His logic is clear. If you're going to throw a big party, you start with the Napa Valley Pinot Noir, and after the guests are feeling quite happy, you may bring on the box of nondescript blended red (or maybe a "Two Buck Chuck").

What are we to make of this, the first of Jesus' signs? There's obviously a lot going on beneath the surface action of the story, something you often find in this gospel. For one thing it's a feast. The Bible often pictures the kingdom of God as a great feast, especially as a wedding feast (Isa. 25:6 and Rev. 19:7-8 are good examples).

Then there's the wine. Feasts and wine go together, of course, but in this gospel wine has a special meaning: it is associated with the blood of Christ, which he sheds on the cross when his "hour" has come.

The old regime, the regime of the Law, is symbolized by the jars of water. Jesus doesn't throw them out, he fills them up. He "fulfills" the regime of the Law by replacing it with wine in abundance. It's the wine of the kingdom, the joy-giving wine of forgiveness and salvation.

This was the first of the signs. When the disciples saw all that this meant, John says they were amazed and put their faith in Jesus.