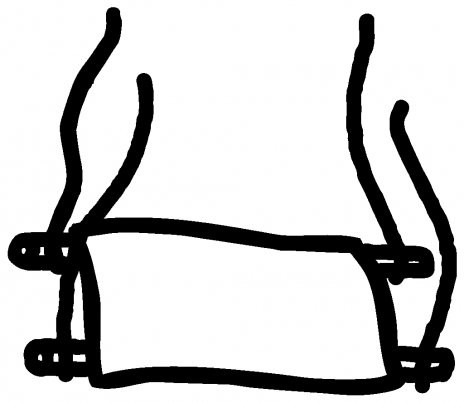 Scripture
Luke 5:17-26
Focus
Jesus wants us to have faith in him—to trust him for everything.
Faith Nurture Goals

There are three main aspects to Jesus' earthly ministry: his teaching, his confrontation with and victory over the demonic, and his healing. The next three lessons will focus on Jesus' healing ministry.

In order to teach these stories well, you have to ask yourself "Why did Jesus do all this healing?" It's especially important to ask because of certain modern TV evangelists whose healing ministry seems to highlight the spectacular and seek publicity. In contrast Jesus actually tries to prevent people from telling others about his healing. He seems to think it would get in the way of his message. Nor was it meant to prove he was divine. Jesus refused to give such signs, even though the religious leaders asked for them.

Jesus healed, first of all, as an act of kindness and mercy. He was captured by the plight of suffering people. He also looked beyond the physical ailments to their spiritual roots. Finally, and most important, healings were signs of the coming of God's kingdom. They pictured the shalom of the new creation Jesus will usher in. They are a snapshot of the future, when he "will wipe every tear from their eyes. There will be no more death or mourning or crying or pain" (Rev. 21:4).

Today's story wonderfully illustrates what Jesus' healing ministry was all about. It's dramatic, graphic, and packs a spiritual and emotional punch. The loyal friends of the man who was paralyzed carry him to Jesus in the hope that he will be healed. Running into crowds of people at the house where Jesus was staying, they refuse to give up. They clamber onto the roof, tear away its mud and twigs, and let their friend down by some ropes right in front of Jesus.

Can't you picture the debris and bits of twigs falling on Jesus and his followers, causing them all to look up to see this pallet coming down with a man on it? Jesus must have been delighted at their ingenuity.

Listen carefully to the text: "When Jesus saw their faith, he said, 'Friend, your sins are forgiven.'" He saw their faith---that is, the friends' faith---in action and rewarded it. But instead of doing what they obviously had brought him for, he forgives the man's sins. What's that about?

Jesus' healing ministry had deep spiritual meaning. It pointed to God's kingdom and it pointed to the spiritual roots of human disease. While the man certainly needed to be healed of his paralysis, he, like all of us, needed a deeper healing from the massive infection of sin. And that's where Jesus begins.

As you would expect, that causes a big stir. The religious leaders among the bystanders begin to mumble angrily, "Who can forgive sins but God?" Indeed!

Jesus hears the undertones of the heart and poses a question. Which is easier, to forgive or to heal paralysis? As they thought about that conundrum, he said, "Just to show you that the Son of Man has the authority to forgive sins, 'Look now, my friend, take up your mat and walk home.'" And everyone was happy and amazed . . . well, almost everyone.