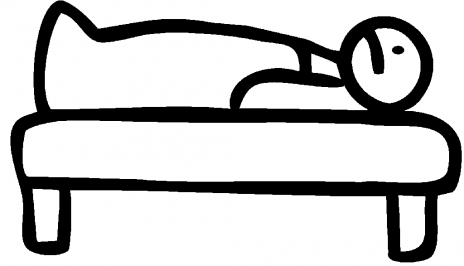 As always, it's important to look at the context of a story like this. Interestingly, it comes at the end of a chapter that's devoted to foreigners, non-Jews who believe in Jesus, contrasted in the surrounding chapters with Jews who refuse to believe or are terribly slow to do so. Chapter 4 begins with the Samaritan woman at the well, who ends up bringing her whole village to Jesus, and now we meet what John calls a "certain royal official." He was probably some kind of Roman government authority assigned to the backwater towns of Galilee.

John recalls the saying that "a prophet has no honor in his own country" and applies it to Jesus at a time when he was turning his ministry toward Samaritans and Gentiles. When John says "the Galileans welcomed him," he's referring to the Galilean Gentiles who populated the area, not the Jews who also lived there.

This official came to Jesus, having heard of his miraculous powers, and begged him to come and heal his sick son, who was close to death. Jesus' initial response seems strange, even cruel: "Unless you people see signs and wonders . . . you will never believe." This is similar to the way Jesus responds to a woman who asks him to heal her daughter: he first ignores and then upbraids her (Matthew 15:21-28). What's going on here?

Jesus' responses reflect a problem he continually faces. While he intends for his miracles (or "signs," as John calls them) to point to who he is and what his kingdom is about, people just want him to perform the miracles, failing to follow through with the corresponding insight into and faith in who he is. It's the same issue we ran into in the earlier story of the loaves and fish. A miracle can always gain attention, but does it necessarily awaken true faith?

The royal official is undaunted, as was the foreign woman in Matthew 15: "Sir, come down before my child dies." Jesus' response is at once an act of mercy and a test of faith: "Go, your son will live." Will the official believe in Jesus' word, in the absence of a visible miracle, or will he demand to see it with his own eyes?

As the man was returning home, his servant noticed a sudden improvement in the boy's condition . He sent word to the father that his son had fully recovered; and when the official determined the exact time the boy had taken a turn for the better, he realized that Jesus' word had been right on target. John tell us that the man and his entire household believed in Jesus. That doesn't just mean they believed that Jesus had done a miracle. It means they believed that the one behind the miracle was indeed the Son of God. John notes this as the second of seven signs in his gospel (the first being the miracle at the wedding at Cana), all showing in unique and wonderful ways who Jesus really is.