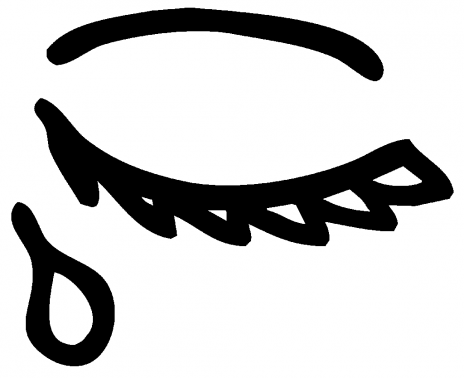 While each gospel tells the story of Jesus' passion and death somewhat differently, all four tell us about the ordeal of Gethsemane. That tells us about the manner of Jesus' arrest and Judas's notorious denial, but it also tells us something far more important. We witness the life-and-death struggle of the Son of God as he faced that terrible rendezvous with the cross. It was not fate. He knew it was his calling from God, but still he could make a choice.

Like any human being, he didn't want to be alone in this hour of mortal struggle. He invited his three closest friends to come with him to pray. In their presence, he broke down emotionally, becoming "sorrowful and troubled." He begged them, "Stay here and keep watch with me." But instead they fell asleep, leaving Jesus alone.

It's hard, perhaps, for us to imagine a Savior who is scared to death, emotionally broken, and needy, but here he is. And at that darkest hour, he turned to his father for one last out. "My Father, if it is possible, may this cup be taken from me." Isn't there another way? Can't the plan be arranged some other way? And then those words that ring out over the centuries, "Yet not as I will, but as you will." Resignation? No, submission, obedience, commitment.

It's a very human scene---sleepy disciples; a weeping, frightened Jesus; and even a hint of anger: "Couldn't you men keep watch with me for one hour?" (v. 40). And then he warns them to be careful---"The spirit is willing, but the flesh is weak." In other words, "If I struggle with temptation and doubt at this hour, watch out for yourselves."

One more time Jesus prays and returns to his sleepy friends. Finally, he wakes them all up. "Get up. Let's go. Here comes my betrayer." His way is decided, his mind is firm. He will drink the cup.

And it's not that all his warnings about watching and praying seem prescient. No sooner had the soldiers showed up with swords and clubs and Judas had planted his kiss of betrayal than "all the disciples deserted him and fled" (v. 56). But Peter could not just leave his Master. He had boldly promised to stand by Jesus no matter what, and he was the one who was brave enough to cut off the soldier's ear at Jesus' arrest. So he hung around in the courtyard where the trial took place, undoubtedly waiting for a chance to help.

Instead, his heart sank in fear as one after another bystander identified him as one of Jesus' disciples. Scared, he denied it. Identified once again, he spat an oath of denial and "called down curses" in denial. Just then the cock crowed, as Jesus had predicted, "and [Peter] went outside and wept bitterly" (v. 75).

All this tells us something about Jesus and the salvation he won for us, and about ourselves. We are helpless sinners. Only the Son of God, in an act of desperate obedience and awesome love, can save us. Only he can shoulder the burden of our sins. As the hymn says, "I it was denied you. I crucified you." Jesus walked the way of the cross alone, for there was no other human being who could bear the load.