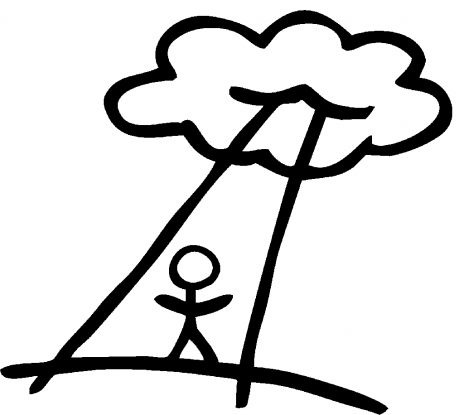 This isn't the first time we've felt the force of Saul's fierce personality in Acts. Recall that he was standing by with approval at the stoning of Stephen, and soon after he set out to "destroy the church" (Acts 8:1-3). Saul wasn't a psychopath; rather, as a Pharisee, he was devoted to God's law and saw this upstart group as a threat to the Jewish people.

From Acts as well as from his own epistles we learn that Saul was a devout man, trained by the greatest rabbis of his day, deeply knowledgeable of the Scriptures, and utterly devoted to God as he understood God. Furthermore, he was a cosmopolitan man, a Roman citizen, fluent in Greek and Latin as well as his own Hebrew tongue. He could be either the church's worst enemy or best missionary, and by God's grace, he was both.

Saul didn't wait for someone to give him orders; he asked for letters from the high priest giving him authority to arrest Christians in the synagogue in Damascus. As Saul's group neared the city, a bright light flashed, and falling to the ground Saul heard a voice, "'Saul, Saul, why do you persecute me?' 'Who are you, Lord,' Saul asked. 'I am Jesus, whom you are persecuting'" (Acts 9:4-5). This was not a pronouncement but a personal conversation.

That means two things. First, this was not an angel visitation or a trance, but a personal appearance by the Lord. Second, Jesus informs Saul that in persecuting the church he was persecuting Jesus himself. Jesus so identifies with the church, which Saul would come to call the "body of Christ," that anything done to the church is done to him personally.

That's it, no other orders except that he should go into the city, where he would find out what to do next. Unfortunately, Saul was temporarily blind. This was a real light! Making his way into the city with the help of his companions (we never learn what happens to them), he ends up in some house, blind and so scared or moved that he will not eat or drink.

It's the Lord who makes the arrangements, calling on Ananias to provide aid. Understandably hesitant at first, Ananias makes his way over to Saul to lay healing hands on him and give him his marching orders from the Lord. The Lord says that Saul is "my chosen instrument to proclaim my name to the Gentiles and their kings and to the people of Israel" and in the process he would suffer many things (Acts 9:15-16; see also Acts 22:14-16). Ananias baptizes Saul, and within days Saul is preaching the gospel of Jesus Christ.

No wonder we refer to a "Damascus road experience" when we hear about someone whose life is completely turned around. The story is told three times in Acts; it's obvious that Saul considered this the most important moment of his life. But not all conversions should use Saul's experience as a model. Saul's story is told precisely because it was so extraordinary. God laid claim to this enemy of the church to make him its key evangelist and theologian. It's a measure of Saul's stubborn determination that this is what it took to turn him from enemy to friend.