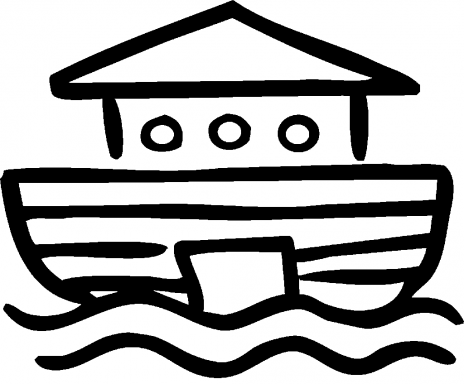 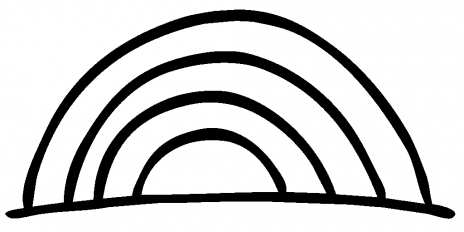 The tidal wave of sin and violence continues to wash over God's creation after the Fall and the murder of Abel. "And God saw how great the wickedness of the human race had become on earth, and that every inclination of the thoughts of the human heart was only evil all the time." Though God is still present to creation, even merciful, as he was to Cain, the onrush of sin threatens to overwhelm everything.

But notice God's response. This passage does not paint God as a cold, indifferent, heavenly Judge. Rather it says that God "regretted that he had made human beings on the earth, and his heart was deeply troubled." Like a painter whose precious work of art has been defaced, or like a parent whose beloved child has gotten into shameful trouble, the Lord refuses to shrug off human sin. God's beautiful creation has been spoiled and made ugly by the very ones created to be its crown.

"But Noah found favor in the eyes of the Lord." The creation is not entirely corrupt; some bit of goodness remains even in this slough of sin and violence. God could have acted without Noah, but God always seeks to work out his will with a human partner. So, God enlists Noah to build an ark, by which God will save a remnant of the creation by which the world can start over.

Note that God isn't just interested in saving his human creatures. Noah is to build a vessel big enough to house two of every creature. In doing so, Noah is also fulfilling the mandate of creation to be a tender of God's garden and a caretaker of God's menagerie. God loves all he has made, and this gruesome act of judgment is not meant to destroy creation but to save it.

The heavens open up, and the waters flow out from the deep. This is uncreation. Just as God had walled off the waters in the ground and held them back from the firmament in Genesis, now in this terrible judgment God releases them. But the saving ark, with Noah and his family and all the wildlife, floats above the waters of judgment. Over the centuries, the ark has become a symbol for the church, the community of salvation.

Finally the ark comes to rest on a mountain and Noah's family and the animals set foot on dry land once again. Noah builds an altar and offers a sacrifice to the Lord who saved. But God has something to offer to Noah and to us as well. He places the rainbow in the sky as a sign of his commitment to graciously save his creation. Never again will God send a flood to destroy the whole world. "Look at the rainbow," God says. "This is the sign of the covenant I am making between me and you and every living creature with you, a covenant with all generations to come."

In this covenant, God promises that no matter what, no matter how wicked humans become, God will not abandon creation. As he did with Adam and Eve and with Cain, God's judgment contains mercy. God will restore creation.

In the New Testament, Peter points to the water of the flood as a sign that points the way to another watery sign, the sacrament of baptism. "[T]his [flood] water symbolizes baptism that now saves you also---not the removal of dirt from the body but the pledge of a clear conscience toward God . . ." (1 Pet. 3:21).