The Birth of Moses

The Birth of Moses 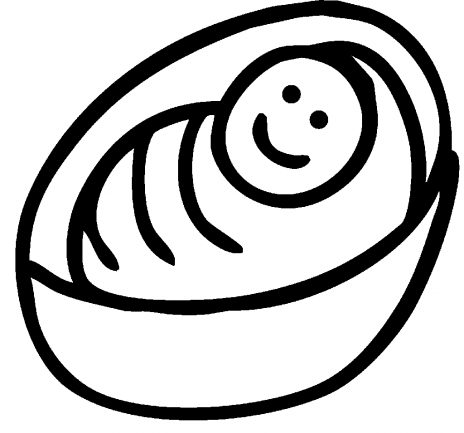 In our last session, Jacob's son Joseph had been placed in a position of power second only to Pharaoh himself. Now, hundreds of years later, we hear the ominous words "a new king, to whom Joseph meant nothing, came to power in Egypt" (Ex. 1:8).

I strongly suggest that you read this story from the beginning of chapter 1. The new Pharaoh found himself with a burgeoning population of non-Egyptians settled on his borders. It's not difficult to understand his concern. Like any tyrant, his response was to oppress and master the population through enslavement and downright genocide. This story depicts God's people under the control of the Egyptian Empire.

The names Shiphrah and Puah should live on in our biblical memory. Ordered by Pharaoh to kill the Hebrew babies, they not only defy him but cunningly get away with it. Don't you love the line "They are vigorous and give birth before the midwives arrive"? But it's not just cunning; it's the obedience of the midwives, who, Scripture says, fear God.

Now Pharaoh threatens every Hebrew boy, and the focus narrows down to one family who gives birth to a fine boy. After hiding him for three months, his desperate mother tries something utterly daring. She puts the child in a basket coated with pitch and sets it in the water along the banks of the Nile, ordering the baby's older sister, Miriam, to watch from a distance.

Along comes one of Pharaoh's daughters, of all people. She takes pity on the crying baby even though he's a Hebrew and subject to death. The baby's sister, apparently without any direction from her mother, suggests that she find a Hebrew wet nurse for the child. After the child is weaned, Pharaoh's daughter adopts him as her own son. Only then do we hear his name---Moses---a name that will echo throughout history.

One of the striking features of the story is that God is almost hidden. We hear that the Hebrew midwives fear God and that God rewards them, but the whole drama of Moses in the basket is presented in purely human terms. A desperate family takes desperate action. But through it all, we sense the guiding hand of God, a truth that will become clearer as the story continues.

Though our circumstances may not be as desperate, we find the same thing happening in our lives. We struggle along, trying to solve our problems, often making mistakes. Only later does it become evident that God has been guiding and directing our path.