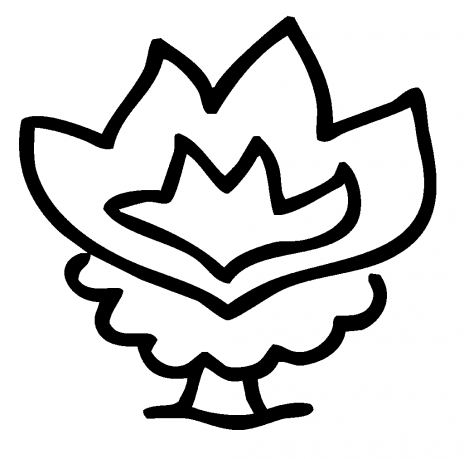 The life of Moses was filled with dramatic twists and turns. After his rescue by Pharaoh's daughter, we next meet Moses as a young man with an identity problem: is he an Egyptian or a Hebrew?

When Moses sees an Egyptian mistreating a fellow Hebrew, he rashly intervenes and kills the Egyptian. Deep in Moses' heart he's a Hebrew. Yet his fellow Hebrews see him only as a haughty Egyptian noble. Torn and fearful, Moses flees for his life into the wilderness of Midian.

Out in the wilderness, cut off from his family and his people, Moses takes up the life of a simple shepherd. But God is not through with Moses. It all begins with an oddity that arouses his curiosity: a strangely burning bush. As Moses approaches the bush God stops him in his tracks: "Take off your sandals; the place where you are standing is holy ground."

Soon it's clear that Moses is face to face with the God of Abraham, Isaac, and Jacob. In everything that has occurred in Moses' life so far, God has been preparing him for a very special task. God has heard the cries of his enslaved people; and God has chosen Moses to be the agent of his rescue.

Moses, plagued with identity issues and living in obscurity, cannot accept God's call. Whether it's just an excuse or whether he feels genuinely inadequate, Moses cannot see himself in the role of God's spokesman.

During the long discussion between God and Moses, a deeply important biblical moment occurs. Moses asks God by what name he is to be announced to the Hebrews. God gives the enigmatic divine name "I am who I am." Or, "I will be who I will be." This is the name of God---the God who commits himself to be with his people. This name of God was considered so holy that the Jews never pronounced it; our Bibles translate it as "Lord ."

As Moses continues to express his doubts, God tries to convince him with miracles. Finally God gives him his brother Aaron as a spokesman. In the end, with no excuses left, Moses obeys and goes off to face the most powerful ruler of his day.

Again we see that God does not overrule or override human actions and attitudes. God did not need a proud and defiant Moses to stand before Pharaoh. Instead God chose a humble man who would trust in God's power. At the same time, Moses' background made him the perfect candidate. Raised in Pharaoh's own household, yet passionate about his people's oppression, Moses was prepared to stand in the breach.

It's easy to overlook that the Hebrews never fully accepted Moses as their liberator. He always seemed to have to take that uncomfortable ground between the holy, calling God and the obstinate, grumbling Hebrew people.