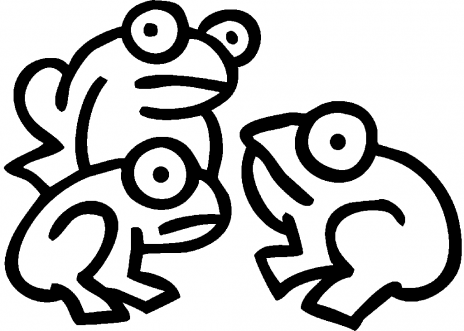 I'll bet you can't wait to teach about the ten plagues---blood, locusts, gnats, disease, and death, all visited on the Egyptians! Why does the Bible spend so many chapters describing these plagues and their consequences?

The first thing to bear in mind is that this isn't just a contest between Moses and Pharaoh, but ultimately a contest between the living God, the "I am," and the false gods of Egypt. In Egyptian religion, nearly all natural phenomena were somehow worshipped, from the sun to the river Nile, the cattle, the crops, and even the pharaoh himself. Most of the plagues have something to do with some aspect of natural life the Egyptians worshipped. It was God against the gods of Egypt, something like the contest on Mt. Carmel with Elijah pitted against the prophets of Baal.

This contest began when God sent Moses to Pharaoh with a simple request---well, more like a demand---to let the Israelites go to worship their God in the wilderness. Pharaoh adamantly refused, as we might expect. But after the first plague, in which the Nile turns to blood, Pharaoh caves . . . for a while. But as soon as the plague was withdrawn, the Bible says that Pharaoh "hardened his heart" and refused to let the people go.

It's interesting that, after a few plagues come and go and Pharaoh continues to change his mind, the narrative begins to say "the Lord hardened Pharaoh's heart" (9:11). It wasn't until Pharaoh showed the fierceness of his rebellion against God that the Lord further hardened Pharaoh's already callous heart. Why? The Lord wanted both the Egyptians and the Israelites to see that this was not a matter in Pharaoh's hand, or even in Moses' hand. God himself would win this victory and liberate his people.

Another important aspect of the story is that while these plagues devastated the Egyptians, the worst of these scourges, toward the end of the line, left the Israelites untouched. God was making it abundantly clear to the Egyptians that his hand was on and with his people and that they belonged to him.

Prior to the last plague, Moses forewarns Pharaoh that all of the firstborn of the Egyptians will die during the course of one terrible night. But while there will be wailing in every Egyptian household, he goes on, among the Israelites "not a dog will bark at any person or animal. Then you will know that the Lord makes a distinction between Egypt and Israel" (11:6). After this final, terrible plague, Pharaoh concedes to let the people go . . . at least for a while.

As horrendous as this seems, we need to remember that Pharaoh had commanded the death of all the Israelite infant boys and that Moses had stood before him only because God had spared him from the holocaust. This was God's answer. Now that Pharaoh had declined to accept God's command over and over again, he would suffer the same plague of death he had visited on the Israelites.