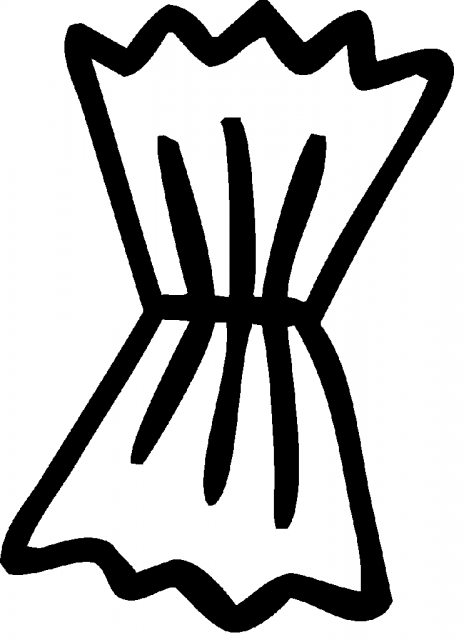 The story of Ruth continues as she and Naomi make their way back to Bethlehem to try to carve out a life for themselves in this community where they have no standing. Though it's about little people in a little place, the story of Ruth boils with drama and overflows with meaning.

At the heart of the story is a custom that seems odd to us but is embedded in God's law. A widow without a son had the right to marry her husband's brother, so that through the brother her original husband might have a son to carry on his name (Deut. 25:5-7). Sometimes called Levirate marriage, it also provided the widow with a place in this patriarchal society.

To provide for themselves, Naomi encourages Ruth to go out into the fields to glean behind the harvesters. Here we encounter another of God's laws and see how it functioned in that society. Poor people who had no land or crops were allowed to glean food from what the harvesters had left behind. This was one of the social "safety nets" provided by God's law in that agrarian society.

"As it turned out," the Bible tells us, Ruth ends up gleaning the field that belongs to Boaz, a distant relative of Naomi's husband, Elimelek. He is a "man of standing," a leading landowner in the community. Boaz takes notice of Ruth, asking, "Who does the young woman belong to?" Discovering that she's a relative, Boaz makes a special effort to make her feel welcome and to provide for her.

It's not long before Naomi puts two and two together, realizing that Boaz represents a great opportunity for a future for Ruth. He is a possible "kinsman redeemer"---a close relative responsible for marrying Ruth to carry on the family name. Naomi gives careful instructions to Ruth on how she might gain Boaz's attention and make her claim.

We begin to understand Boaz's reluctance when he blesses Ruth, saying, "You have not run after younger men, whether rich or poor." Although Boaz is clearly enamored by Ruth and aware of his responsibility toward her, there's a catch---another man in the community is a closer relative.

Boaz takes the matter to the elders sitting at the city gates---what was, in that day, the court. He presents the case before them. When the closer relative decides not to make his claim upon Ruth, she is free to marry Boaz.

In a wonderful happy ending, Boaz marries Ruth with the blessing of the entire community as Naomi, smiling, looks on. Ruth conceives and gives birth to a son, Obed. The story comes to a close with these words: "He was the father of Jesse, the father of David."

The people of Bethlehem, celebrating Ruth's marriage to Boaz, say, "May your family be like that of Perez, whom Tamar bore to Judah." This refers to an obscure story in which another foreign woman becomes a mother of Abraham's descendants (Gen. 38). So the story of Ruth closes with a genealogy that begins with Perez and ends with David.