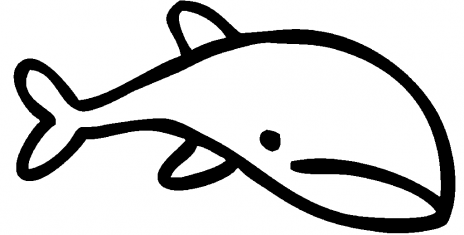 It's amazing that the book of Jonah survived as part of the Old Testament. Everyone comes off looking better, nobler, and more humane than Jonah, including the sailors, the people of Nineveh, and certainly God. By contrast Jonah is rebellious, disobedient, selfish, spiteful, ungrateful, and ungracious---hardly a sympathetic character. Yet here it is, a powerful message of God's grace.

Jonah, the prophet, receives a very unusual commission from God---to preach against the city of Nineveh, warning them that God is ready to destroy their city. Jonah understands that there is a possibility that the people might repent. He knows that the warning comes from God who is "gracious and compassionate . . . slow to anger and abounding in love, a God who relents from sending calamity" (4:2). Unwilling to warn Israel's deadly enemies, Jonah decides to run away instead of obeying God.

But of course you can't run away from God, as we learn from the dramatic story that follows. God sends a great storm that threatens to destroy the ship; in their terror the sailors pray (each to his own god). Ironically, the captain has to wake Jonah up and urge him to call on his own God to save them. Jonah evidently finds it impossible to do this even though the Lord is the only one who can truly save them. He knows that the storm has come because he is trying to run away from the Lord.

As the story continues, notice several remarkable things. The sailors are pictured as good and kind people trying their best to avoid throwing Jonah overboard. And when they finally do so, it is with the prayer that God will not punish them for "killing an innocent man" (1:14). In a powerful statement of faith, Jonah confesses to the sailors that he worships "the God of heaven, who made the sea and the dry land" (1:9). It's hard to understand how Jonah ever thought he could run away from such a God.

As soon as the sailors throw Jonah overboard, the sea becomes calm. In another dramatic sign of God's presence and power, the Lord provides a great fish to swallow up Jonah. Jonah lives for three days and three nights in the belly of the great fish until, at the command of God, it vomits him out onto the dry land.

Through these dramatic circumstances Jonah gets another chance to take up the mission for which God had sent him in the first place. More important, God provides another opportunity for the Ninevites to repent and experience his grace.

This powerful image of Jonah in the belly of the fish became a sign that Jesus recalls to his own generation. When they demand a sign from Jesus, he replies that the only sign they need is the sign of Jonah. "For as Jonah was three days and three nights in the belly of a huge fish, so the Son of Man will be three days and three nights in the heart of the earth" (Matt. 12:40).