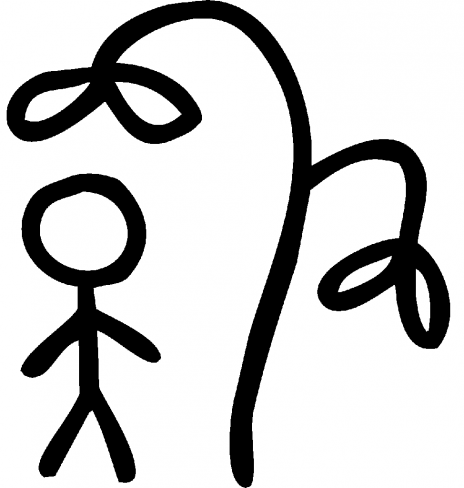 Scripture
Jonah 3-4
Focus
God wanted Jonah and the people of Nineveh to be sorry for disobeying and to obey.
Faith Nurture Goals

The whole story of Jonah turns "in the belly of the great fish." There Jonah repents and commits his way to God's plan. Spit up on shore, he trudges unhappily toward Nineveh. It's important to remember that Nineveh wasn't just any large city---it was the central city of the largest, most powerful, and ruthless empire of the time. Nineveh is almost a cliché for evil and destruction.

On arrival, Jonah walked the length and breadth of this "very large city," declaring in doleful tones, "Forty more days and Nineveh will be destroyed."

Notice that there was not a hint of hope in Jonah's message. No *if*s, *and*s, or *but*s. Forty days---that's it for Nineveh. It was a message of pure judgment. Certainly Jonah expected nothing more.

But then the unexpected happened. The people actually listened! Those Ninevites squeezed some hope from a hopeless message. The king himself ordered a fast. Everyone---from the greatest down to the animals in the fields---was to eat nothing, while all the people were to call on God to relent from judgment. All the people were urged to repent from their evil and violent ways.

God saw this and turned from his judgment against Nineveh.

"But to Jonah this seemed very wrong" (4:1). Why? Preaching judgment against the wicked is one thing, but actually letting them off the hook is another. This empire had committed unspeakable atrocities against people and nations. And now God was just going to forgive them? That can't be right.

The idea of God being "gracious and compassionate . . . slow to anger and abounding in love" (4:2) is fine when it applies to God's relationship with his own people. But to Jonah it seems unfair, too lenient when applied to Israel's bloodthirsty enemies.

So Jonah sat down under a tree near the city to "see what would happen." You could say that he went off to pout. As it became hotter and hotter, the Lord provided a shade plant for shelter. "Ahh, this is nice," Jonah thinks as he settles in for the wait.

But then the Lord causes the plant to wither, and Jonah is left out again in the scorching sun. Jonah wants to die. Then the Lord explains: "You're concerned for a plant which you did nothing to produce, and yet you resent me for being concerned for a whole city of people."

The serious parable is humorously clear: God is concerned for all the people in the world, even very bad people. If we want to be part of what God is doing in the world, we need to be in tune with God's compassion for all people. Surprisingly, perhaps, God's concern includes the animals, which were also included in the fasting and repentance by the king (3:8-9). It is an especially good reminder that God is also concerned for the animals he has made.