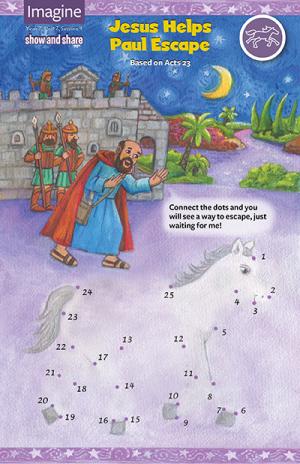 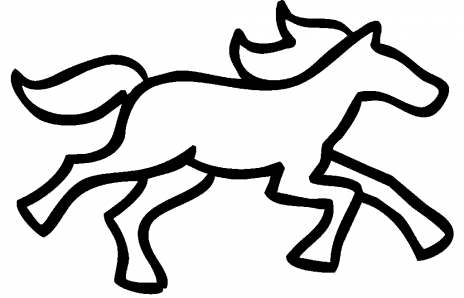 All the premonitions from the Spirit Paul had about Jerusalem turn out to be on target. He immediately gets caught up in controversy, and though he tries to calm the fears of his enemies, they cause another near riot. He's arrested by the Roman authorities, mostly for his own protection, and thrown into jail.

Once before (Acts 16:37-38) Paul had pulled his ID as a Roman citizen, and immediately it changed the way they treated him. Now he does it again when the Roman soldiers are ready to beat him for fomenting a riot (Acts 22:22-27).

Paul is under arrest in the Roman barracks. At night, the Lord himself appears to Paul to strengthen him: "Take courage! As you have testified about me in Jerusalem, so you must also testify in Rome" (Acts 23:11).

The next morning, a plot is brewing among some of the Jews to have Paul killed. They conspire with the chief priests to have Paul delivered to them for questioning, so that these men can kill him.

But there's a family connection. The son of Paul's sister, his nephew, must have been enough of an insider to hear about the plot. He went straight to Paul to warn him. Now this must have all been dangerous business. The plotters would certainly endanger their own lives at the hands of the Romans if they killed one of the Roman prisoners. If the plotting Jews discovered that Paul's nephew had betrayed their plan, he would certainly have been in danger.

Paul acted immediately, calling one of the guards and sending his young nephew to tell his story to the commander of the guard. We don't know how old he was exactly, but Luke emphasizes that he was a young man. And it says the commander took him by the hand, implying that he was just a boy. Here he is, standing before a powerful Roman commander who had the power of life and death at his disposal.

Remarkable then, how clearly and forcefully he speaks to the commander, even suggesting a course of action. "Don't give into them," the boy declares to the seasoned soldier. The commander listens and takes action to further protect Paul by sending him away to the district headquarters in Caesarea under cover of darkness.

It's clear again that Paul's Roman citizenship helped, as the commander notes this fact in his letter to the governor in Caesarea. Not only is Paul transferred at night, but he's guarded by a whole cavalry detail along the way!

We recognize how the Lord works through ordinary human means. From a young man who overhears a threat and has the courage to act on it, to a paper designating Roman citizenship, everything is in God's hands and will accomplish his purpose.

As you gather your group around you, go around the circle and ask the children to tell the group how old they are and their birth date. Comment on how much everyone is growing! You might want to stand up and see how tall everyone is becoming. Mark your heights on a simple growth chart. Attach a long, vertical strip of paper to a wall and mark each child’s height on it, writing their names beside their heights.