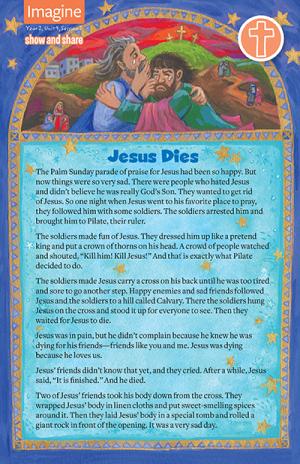 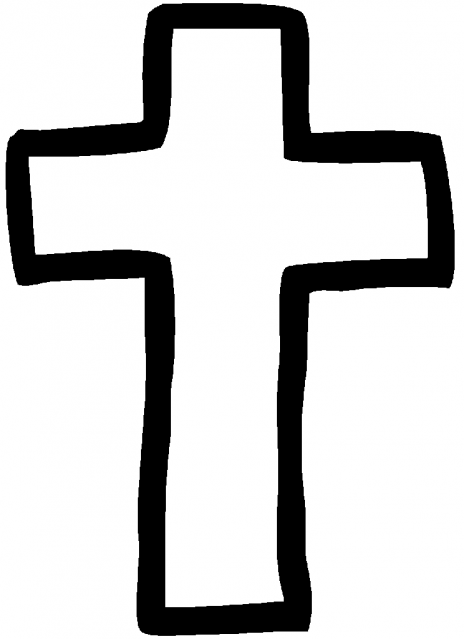 The story of Jesus' death and resurrection is, of course, the capstone of each of the gospels. Yet, each one tells it differently, with a different perspective and a different focus. And of the four gospels, John's is the most different of all.

In the first three gospels (Matthew, Mark, and Luke), we tend to see Jesus as a victim of evil plots, an unjust system, and cruel crowds. In John we see a very different Jesus, or perhaps a different side of the same Jesus.

Right from the start, Jesus seems more in control of things, rather than under the control of others. It begins in the garden of Gethsemane as a group of officials and soldiers advance to capture Jesus. "Jesus, knowing all that was going to happen to him, went out and asked them, 'Who is it you want?'" Who's in control here?

"My kingdom is not of this world," Jesus replies. "If it were, my servants would fight. . . ." The point is not, as many assume, that Jesus' kingdom has nothing to do with this world, but that it is a "heavenly" kingdom. Jesus' kingdom operates under a completely different set of principles than earthly kingdoms, one of which is that it doesn't wield its power by the sword.

If that weren't enough, when Pilate finally---and reluctantly---decides to hand Jesus over, Jesus tells the direct representative of Caesar, "You would have no power over me if it were not given to you from above." Who's in control here?

The drama continues, as Jesus is finally handed over to be crucified. The placard over his head says, "The King of the Jews." Incensed, the Jewish leaders complain that it ought to say that he "claimed" to be the king of the Jews. Pilate, exasperated, says, "What I have written, I have written." The truth will be told.

Even on the cross, Jesus seems a picture of dignity. He looks after his mother by assigning her care to his disciple John. When the end comes, he pronounces, "It is finished." The only sense we get of his suffering or weakness is when he says, "I am thirsty."

It's not that Jesus didn't suffer, of course, but that this gospel wants to show us another side, another view of Jesus. He is the true King, and he is in ultimate control of events that seem to be out of control.

Finally, we see Jesus laid in the tomb---not just any tomb, but the tomb owned by Joseph of Arimathea, a leader of the Sanhedrin---along with 75 pounds of precious spices: a burial fit for a king.

Today’s story bridges last week to this week, so your opening time together should reflect the joy and celebration of Jesus’ triumphal entry into Jerusalem. At the end of your session, make sure to hint toward the joy of Easter.

Before the session begins, tuck the Memory Challenge poster into your Bible at Mark 5:36b and arrange the praise streamers in a circle on the floor where you meet for worship. (If you’re using the ones you made last session, have a few extras on hand for any kids who were absent.)