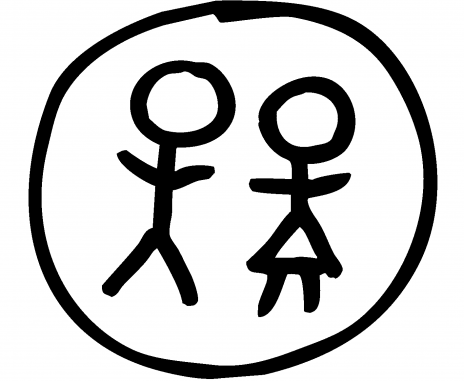 The first question many people ask about Genesis 2 is how it fits with Genesis 1. It seems like a new creation story, centered on humans. Many scholars across the theological spectrum believe that Genesis 2 is a different, parallel story, not a continuation of chapter 1, and that taken together they offer us a complete understanding of the meaning of creation. This story continues on into chapter 3.

The chapter can be divided into several scenes. The first picture is of God forming the first human (adam is the Hebrew word for human being) out of the ground (adamah in Hebrew). Like a potter first making and then shaping clay, the Creator lovingly sculpts a human being out of the dirt and then breathes into him the breath of life. (The Hebrew word for "breath" here [ruach] can also be rendered "spirit.") This picture tells us two things. First, we are dust; that is, we are made of the same stuff as every other created thing. Second, God gave us spiritual life, including the opportunity to know and love him---he made us in his own image, as we learn from Genesis 1.

The second scene reveals a beautiful garden in which God places the human creature he has created---a garden replete with abundant rivers and wildlife and verdant plant life. In the middle of the garden stand two special trees, the tree of life and the tree of the knowledge of good and evil. There is just one boundary for the humans in the garden; good, thriving human life invariably has divinely set boundaries. And we'll see what happens as a result in the next session.

In the next scene, God gives Adam an unusual task. God brings all the wild animals and birds to Adam for him to name them. This means more than that Adam was able to assign pet names. It means that Adam had an opportunity to notice the special characteristics of each animal, bird, or sea creature and to name them accordingly. By naming and therefore defining them, Adam exercises the "dominion" we discussed in chapter 1. Adam is "over" the animal kingdom, with responsibility for the care and thriving of God's nonhuman living creations.

In the final scene we're surprised to find that something is missing in this paradise. Adam is lonely. What? God isn't enough for him? The animals and creatures don't fully occupy him? The Genesis 1 creation story tells us that God created humankind as male and female. Humans were created to reproduce, and they were also created to be social creatures.

We can assume that every other creature had sexual characteristics and the ability to reproduce. Only Adam was lonely. This says some important things. One is that sex, as well as the differentiation of genders, is more than simply a means to facilitate reproduction. We are not male and female merely so that we can replicate our kind. We are meant for each other as companions.

God created the woman from Adam's rib---from his own DNA, so to speak. She is called here a "suitable helper." That doesn't mean the woman is some kind of servant but a partner, a friend, someone to fulfill Adam, someone with whom he can share his life. (It's interesting to note that God is also called a "helper" in the Bible---see Ex. 18:4; Ps. 10:14; Ps. 27:9.)

When God brings Eve to Adam, the man cries out, "This is now bone of my bone and flesh of my flesh." The writer adds commentary: "For this reason, a man will leave his father and mother and be united to his wife, and they will become one flesh." Again, human companionship and human sexuality are inextricably linked. 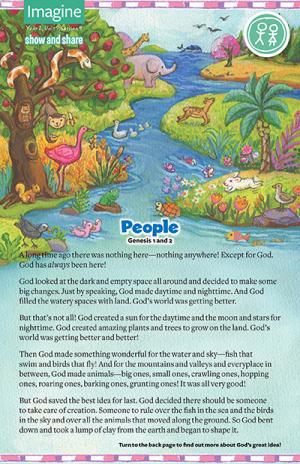