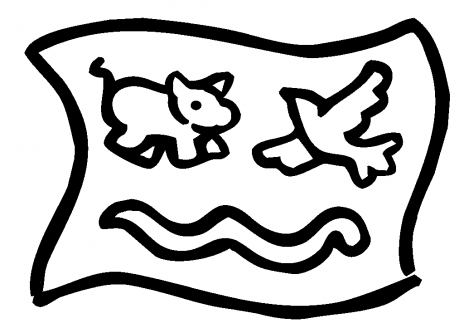 Jesus had told his followers that they would be his witnesses "to the ends of the earth," but the early Christians, most of them Jews, had no idea how expansive God's vision really was.

It's not that God had not shown them already. The vision of God's covenant with Abraham could not have been broader: "All peoples on earth will be blessed through you" (Gen. 12:3). The prophets had repeatedly envisioned that the nations (or Gentiles) would come to God through the faithful testimony of God's people. Jesus had often interacted with Gentiles, including a centurion, commenting on his faith (Luke 7:1-10). Still the inclusion of Gentiles was unthinkable to these Jewish believers.

So God chose to teach this lesson once and for all to Peter, the one man recognized as the leader of the church. The vision of the sheet filled with unclean food seems strange to us. But imagine what it would be like if you, like Peter, were taught for your whole life that certain foods were gross and dirty, and that the Gentiles who ate those foods were similarly unclean. You wouldn't want to be in the same room, much less share a meal with them. They are the ultimate outsiders.

In the vision God says, "Kill and eat!" Peter, shocked and repulsed, refuses. Three times the command is repeated; each time the voice says, "Do not call anything impure that God has made clean." And then comes a knock at the door.

This is obviously a God thing. Peter is being prepared to take the church to the next level of gospel expansion. A centurion is eager to hear the Word. Certainly Peter must have remembered Jesus' own response in healing a centurion's servant.

The centurion is so eager to hear the gospel message that he falls at Peter's feet in gratitude. Peter reiterates his own feelings about the whole thing: "It is against our law for Jews to associate with Gentiles or visit them" (v. 28). But I had a vision from God, and here I am.

It seems Cornelius had had a vision too, and now God was bringing the two visions together into a new vision for the whole church. Peter immediately sees what this all means. He gives up any opposition, eagerly proclaiming the gospel to Cornelius and his household. The Holy Spirit came upon the Gentile believers just as to the Jews at Pentecost---confirming that this really was God's will. Peter baptized them on the spot, just as he had baptized the Jewish believers on Pentecost. Notice that we have had a Jewish Pentecost, a Samaritan Pentecost, and now a Gentile Pentecost.

Back in Jerusalem the Jews were appalled to hear that Peter had visited the home of a Gentile. So Peter had to tell the story to all of them, and finally they were convinced: "So then, even to Gentiles, God has granted repentance that leads to life. "

Of course, as we learn further on in the book of Acts, this was not the end of the controversy over the Gentiles. But in this decisive moment, led by the Holy Spirit, the church became a universal community of faith in Jesus Christ, and the gospel began to have worldwide impact.