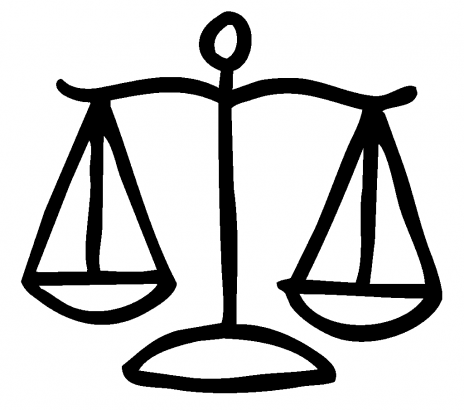 We North Americans tend to treat our faith as a private matter. It's something we exercise and express in our churches and in the privacy of our homes. But it isn't for public consumption.

It's striking how public the Christian faith was in Acts, as well as how public Christians were about their faith. The life and death of Jesus were public. He was even crucified and died in the sight of all. Right from the start the church exploded onto the public scene with public proclamation, imprisonments, riots, and assemblies. Most of Paul's life too seemed to be lived in the public eye, and here he defends his life and ministry in public.

At this point Paul was arrested (for his own good, really) in Jerusalem, after he was pulled out of a violent crowd and the authorities found out that he was a Roman citizen. When it became dangerous for him to remain in Jerusalem, even under guard, they shipped him off to Caesarea.

In the process the apostle was passed along among no fewer than three Roman officials, Felix, Festus, and Agrippa, all of whom wanted to hear his story and give him an opportunity to defend himself.

We get our initial picture of the trial when a certain Tertullus argues the case of the Jewish leaders against Paul. Basically, the charge comes down to his being a troublemaker. Paul then gets to defend himself. He speaks like the learned Jew he is. "I'm one of them," he argues. "Yes, I'm a 'follower of the Way,' but I believe basically the same things and read the same Scriptures as my accusers."

Interestingly, Luke reports that Felix "was well acquainted with the Way." But when Paul begins to speak about personal life, about "righteousness, self control, and the judgment to come," Felix becomes afraid. This is getting way too personal.

Paul then gets passed on to Festus, who seems to be on the side of the Jewish accusers. He threatens to send Paul back to the hotbed of Jerusalem, which provokes Paul to exercise his right as a Roman citizen to appeal his case to Caesar.

Frustrated, Festus passes Paul along to Agrippa, who happens to be visiting with his wife Bernice. It's in his appearance before Agrippa and Bernice that Paul moves away from the immediate issues of his arrest and trouble with the Jewish leaders and tells the story of his life--- and especially of his conversion.

Not only does he tell his story, but he dares to publicly challenge Agrippa to believe. Agrippa replies, "Do you think that in such a short time you can persuade me to be a Christian?" "Short time or long," responds Paul, "I pray to God that not only you but all who are listening today may become what I am, except for these chains."

It's only when these rulers go to confer in private that we learn the irony of Paul's situation: "This man could have been set free if he had not appealed to Caesar."

A public life and a public witness. Are we invited to do the same?

Welcome everyone to a new session and ask the children how their week went. Invite those who have brought contributions for the Mission Money Jar to add them to your collection. Ask any of the kids to guess how much money they have collected so far (let them know that they will find out during session 6 how much money they’ve raised).

Take out your globe or world map and quickly review the continents you have talked about and prayed for in the last three weeks. Then ask a volunteer to find South America, the continent you will pray for today.