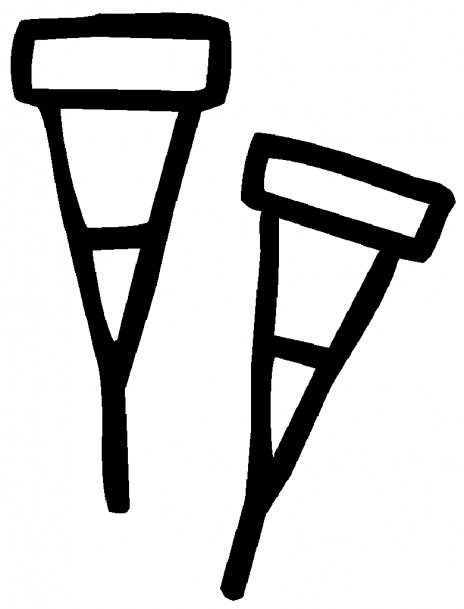 In the time of David, one of the very first acts of a new king---especially one who represented a new dynasty---was to wipe out the entire family of the preceding king. Any surviving child of the former king could become a rallying point for those who didn't like the new king. Talk about rough politics!

In today's story David is firmly established in Jerusalem as the new king, replacing Saul and his heir (and David's friend), Jonathan. People might have expected David to ask the names of any living relatives of Jonathan and Saul in order to have them killed. Instead David asks if anyone is left "to whom I can show kindness for Jonathan's sake."

It turns out that there is one son of Jonathan left alive---Mephibosheth. We are told that he is lame in both feet. Evidently when Mephibosheth's family heard about the deaths of Saul and Jonathan, they fled. In their haste a nurse dropped the boy, breaking bones that never properly healed. Mephibosheth was the only descendant Jonathan had left.

Mephibosheth must have been very frightened when they brought him to David. What could he expect from the new king but death? Trembling, shuffling on his crippled legs, he stood before David. "Mephibosheth," David said. "At your service," replied the young man.

The very first thing David told his fearful visitor was not to be afraid, "for I will surely show you kindness for the sake of your father Jonathan" (v. 7). He promised to give back all of Saul and Jonathan's family land to Mephibosheth and invited him to eat at David's own table any time he was in town.

Mephibosheth replied, "What is your servant, that you should notice a dead dog like me?" Was this simply humility before the king, or was something of Mephibosheth's own self-image creeping through? In that time, "crippled" people were just that, and society in general did not treat them kindly. David himself had sworn, "the 'blind and lame' shall not enter my palace" (2 Sam. 5:8). Perhaps Mephibosheth thought of himself as something less than a whole person.

At any rate, David made sure that Mephiboseth and his family members were well provided for, and Mephibosheth lived in Jerusalem and ate at the king's palace. The chapter ends by reiterating, "he was lame in both feet."

For Christians it's important to note that Jesus Christ is called the "Son of David." He is Israel's true and eternal King. Jesus also showed special concern for those who couldn't use their limbs, healing them, especially in the temple (Matt. 21:14), God's "palace," where they were not allowed because of that obscure saying about David. People who cannot walk are welcome in God's house, and King Jesus heals them.

Before the children arrive, write the word KINDNESS in the center of your board or on a posterboard or sheet of newsprint. Set a bunch of markers nearby.

As the children arrive, greet them warmly and ask them about their past week. Draw their attention to your “kindness” board and invite them to jot down (in words or pictures) a time when someone showed them or their family kindness, or when they saw an act of kindness being performed by someone.