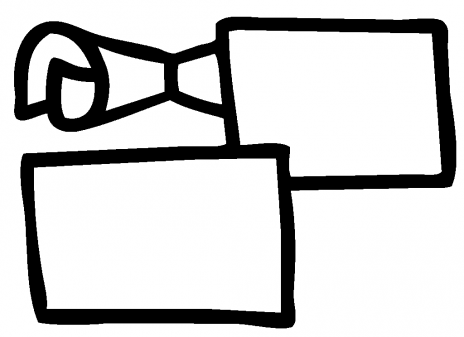 Strangely, two of the worst kings in Israelite history follow the reign of the good king Hezekiah of Judah---Manasseh and Amon. One wonders how faithful fathers can be succeeded by such unfaithful sons. But, as is often said, God has no grandchildren, and each generation must choose the way of faith afresh.

Amon's son, Josiah, succeeded him as king after his father was assassinated by some court officials. Josiah was only eight when his father was assassinated (we assume there was some kind of regency that ran the country when he was a boy). In Josiah's eighteenth year as king (when he was about twenty-six years old), the high priest Hilkiah discovered the books of the law of the Lord in the temple (probably all or part of the book of Deuteronomy, or perhaps the whole Pentateuch).

When Josiah heard the words of the law, he immediately knew that the nation had been disobedient and needed to repent, for "Great is the Lord's anger that burns against us because those who have gone before us have not obeyed the words of this book" (22: 13). Again, the leaders of the people sought out someone known to be a prophet, a spokesperson for God. Interestingly, the prophet was a woman named Huldah, revealing that, as with Deborah and others, God uses both men and women to serve him.

Huldah's prophecy included both good news and bad news. On the one hand, she uncompromisingly announced God's judgment on the leaders and people of Judah for their years of sinfulness in not heeding God's law. "'[M]y anger will burn against this place and will not be quenched'" (22:17). God's judgment will come, and, like the northern kingdom, the people of Judah will be overthrown.

But there was some good news, too. Because Josiah repented, the judgment would not come in his lifetime.

As happened in the reign of King Joash years before, King Josiah called a solemn assembly of the people to hear the law read to them. After the law was read, the king and the people took up a solemn oath, "thus confirming the words of the covenant written in this book. Then all the people pledged themselves to the covenant" (23: 3). The temple was cleaned of foreign idols, and the city was cleaned of all the pagan practices the people had picked up under the previous kings.

Nevertheless, God had made up his mind that the people of Judah would be punished for their sins. '"I will remove Judah also from my presence as I removed Israel, and I will reject Jerusalem, the city I chose, and this temple, about which I said, 'My Name shall be there''" (23:27).

These are awful sounding words of judgment following on the heels of Josiah's great cleanup. But the Lord knew the new resolutions of his people would not last. As we look back on these hard words of judgment, we know that God had not forgotten his covenant with Abraham and with David. A Son of David would arise who would himself embody the temple, the dwelling place of God.

Greet the children as they enter your meeting space today. Ask them about their week—and invite them to start thinking about a time when reading a book or reading something else (maybe a news story, an email, a website, a blog, a magazine article, or even an ad!) made a difference in their lives.

When everyone has gathered, thank them all for joining your group today. Invite their prayer requests and take a few minutes to pray together for the matters the children mention.