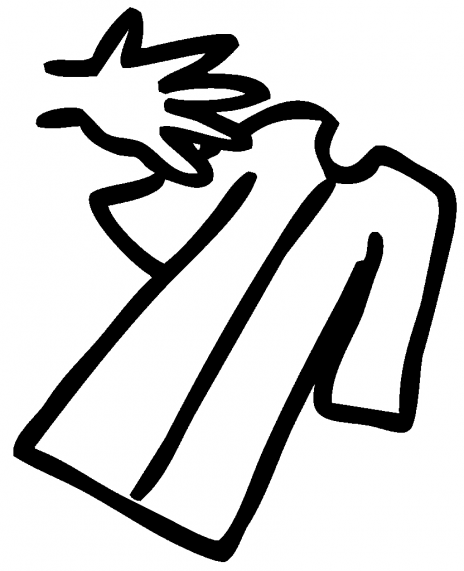 After two healing stories, you may be wondering what new angle could possibly make this one fresh and interesting. Actually, each one of the healing stories about Jesus is fascinating in its own way because each person is different. Unlike television faith healers, Jesus' healing ministry follows no set pattern but focuses on the needs of each individual who needs healing. This is especially true in the Gospel of Luke since Luke himself was a physician and took great interest in details of each particular case.

Here we have a woman who is subject to excessive menstrual bleeding for twelve years. Some manuscripts tell us that she had spent all her money on doctors to no avail. She was clearly desperate, but that desperation came not only from the disease but from its religious and spiritual implications. According to Jewish law, a menstruating woman was unclean, and anyone in contact with her became unclean. She was forbidden from entering the temple and was therefore cut off from the religious community. Like so many people Jesus healed, she was a religious outsider.

This fact also explains why she acted as she did. It's almost as though she snuck up on Jesus to touch his cloak. She had an almost superstitious faith in Jesus' power, and she was instantly healed. But her secret touch also meant that Jesus became unclean.

In the middle of the jostling crowd, Jesus stopped and asked, "Who touched me?" Peter points to the obvious fact that many people in the jostling crowd could have touched him. But for Jesus this was a special touch, for, as he says, "power has gone out from me."

Knowing that she could not escape recognition, the woman came trembling with fear and fell at Jesus feet. She told them her story---what had happened to her when she touched Jesus. Jesus' response was, "Daughter, your faith has healed you. Go in peace."

The story is striking in many ways. First of all, this is the only story about a woman who was suffering from female problems. Second, it carries deeply spiritual overtones. The ritual uncleanness of a woman's bleeding is almost like a contagion that now carries over to Jesus. Not only does Jesus heal her, but he bears her uncleanness just as he bears the uncleanness of our sin.

The story is also interesting from a psychological perspective. Jesus could have allowed the woman to slink away in the crowd, healed and free. By drawing her out and inviting her to tell her story, Jesus invested her with a new dignity. It's only when she personally turns to Jesus, identifies herself, and tells her story that she is truly healed. Now she is addressed as "daughter," and can be told, "Go in peace." That's more than just being healed. Jesus isn't just in the healing business but is ultimately after a personal, face-to-face relationship with people and a whole new way of life. 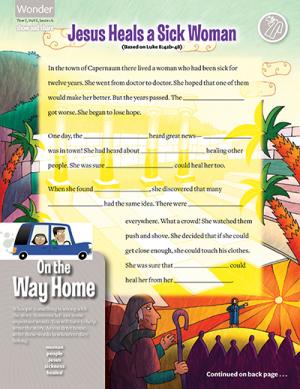