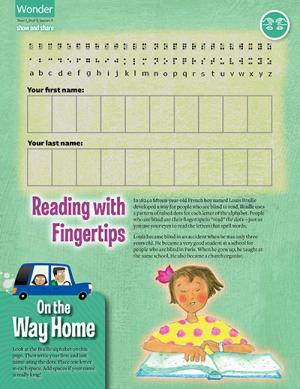 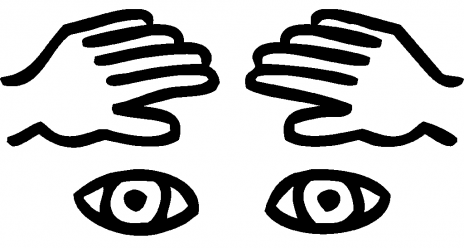 This story of healing has a different texture and feel than most of the others. It goes into great and surprising detail in describing exactly how the healing happened. It shows how Jesus, in this healing miracle and perhaps others, acted with intimacy, understanding, and compassion. (For a similar story with a man who is deaf and mute, see Mark 7:31-35).

In Jesus' day, people who were blind were shut out of productive work and also out of worship. Their blindness meant they were not considered whole people, and they were therefore barred from the temple according to the Law of Moses. Begging was the only way for them to maintain a living.

Notice that this man who couldn't see was brought to Jesus, unlike others who had the strength and courage to approach him on their own. Jesus seems to immediately understand the man's timidity, so instead of making a spectacle of him he takes him aside, away from the crowd. There, alone, Jesus can encourage his faith.

Then Jesus did something that seems really strange to us---he spit on the man's eyes and then touched them. Why? For one thing spittle was thought to have medicinal properties, so he was indicating his intention to the man. By his action he was saying, "I will do something for your eyes."

Then, almost like an optometrist when the patient is looking through the bulky optical instrument, he asks, "Do you see anything?" Unlike many of Jesus' healing miracles, this one was not done instantaneously, but gradually, more like the way we usually experience healing.

The man reported, "I see people; they look like trees walking around." You wouldn't expect that a person who was blind from birth would instantaneously see with 20/20 vision. Once more Jesus spins the lenses on the optical machine, or rather, places his hands on the man's eyes. This time he can see perfectly.

That Jesus heals the man gradually, in steps, and with physical actions, takes nothing away from the miraculous nature of this healing. It highlights Jesus' remarkable willingness to be with people where they are. Jesus does not overwhelm this timid man with his power and authority; he enters into the man's own world, helping him to gain confidence and faith.

Another interesting feature of this miracle is that it says nothing of the man's faith. While Jesus sometimes talks about faith as a necessary ingredient to healing, he sometimes heals people who display none at all (John 5:1-9; 9:1-12). Jesus' compassion is always much greater than our ability to receive it.

Welcome each child by name. Pique interest in the upcoming activity by making mention of their shoes—color, style, laces, Velcro straps, and so on. You might ask if they are new or if they are comfortable or if they can run fast in them. Mention your own shoes too as you chat with the kids.