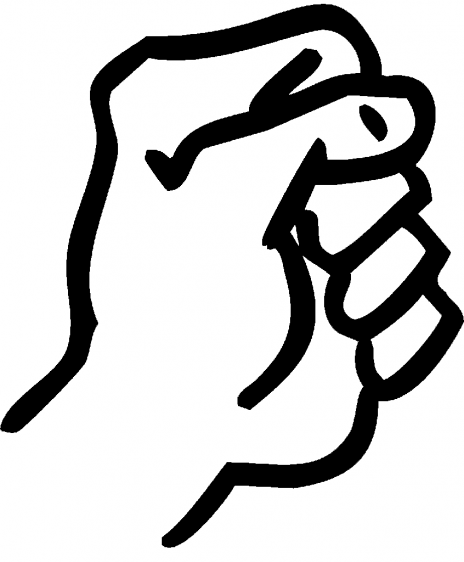 This story stands out as an example of what happens in a fallen world, a world where the knowledge of good and evil displaces simple trust in the goodness of God.

Adam and Eve have children. Throughout history, some have interpreted this to mean that sex and reproduction are post-Fall activities. Not true. God made them male and female in the beginning, to become "one flesh" and mandated them to "be fruitful and multiply."

Adam and Eve's two children grow up---Abel to become a herdsman, Cain to become a farmer. In this post-Fall world there is worship of God: Cain and Abel bring their offerings to God according to the work they do. The Lord accepts Abel's offering but not Cain's. The only hint at the difference in the offerings is that while Cain simply brings "fruits of the soil," Abel brings "fat portions" from the firstborn of the flock. Nor does it say anything about how the Lord showed his favor.

Cain became terribly angry. This was a true sibling rivalry with deadly consequences. In another sign of God's post-Fall grace, God tells Cain that he is ready to accept him if Cain "does right," and warns him of sin "crouching at your door."

Despite the warning, in a fit of rage Cain carries out a plan to kill his brother. Again we recognize the intimacy of God with creation even after the Fall. Just as God called to Adam and Eve, "Where are you?", God now calls Cain, asking him where his brother is. Cain feigns innocence with the famous question, "Am I my brother's keeper?" In other words, "What does he have to do with me?"

But God knows. "What have you done! Your brother's blood cries out to me from the ground." What an interesting way to put it! The ground, from which humans were made, weeps and cries out for the wrongs humans do.

God's judgment falls on Cain as it did on Adam and Eve and the serpent. Notice that it is very similar to the judgment on Adam. Cain, the farmer, will find even more difficulty in working the soil, and as Adam and Eve were driven from the garden, Cain is condemned to live as a fugitive: "You will be a restless wanderer on the earth."

After all he has done, Cain has the temerity to plead for mercy. "My punishment is more than I can bear." One might imagine God replying, "And look what you have done to deserve it!" Instead God mercifully places a mysterious mark on Cain so that "no one who found him would kill him." So Cain, the fugitive, the wanderer, also lives "east of Eden."

This vivid story reveals that when humans rebel against God and turn from God's ways, they also become destructive to one another. Love of God and love of neighbor are inextricably bound together, as Jesus taught. 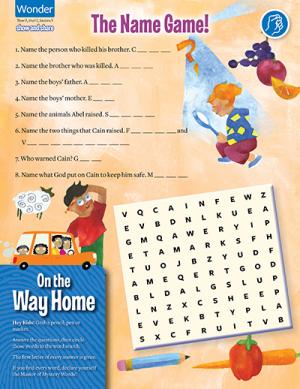